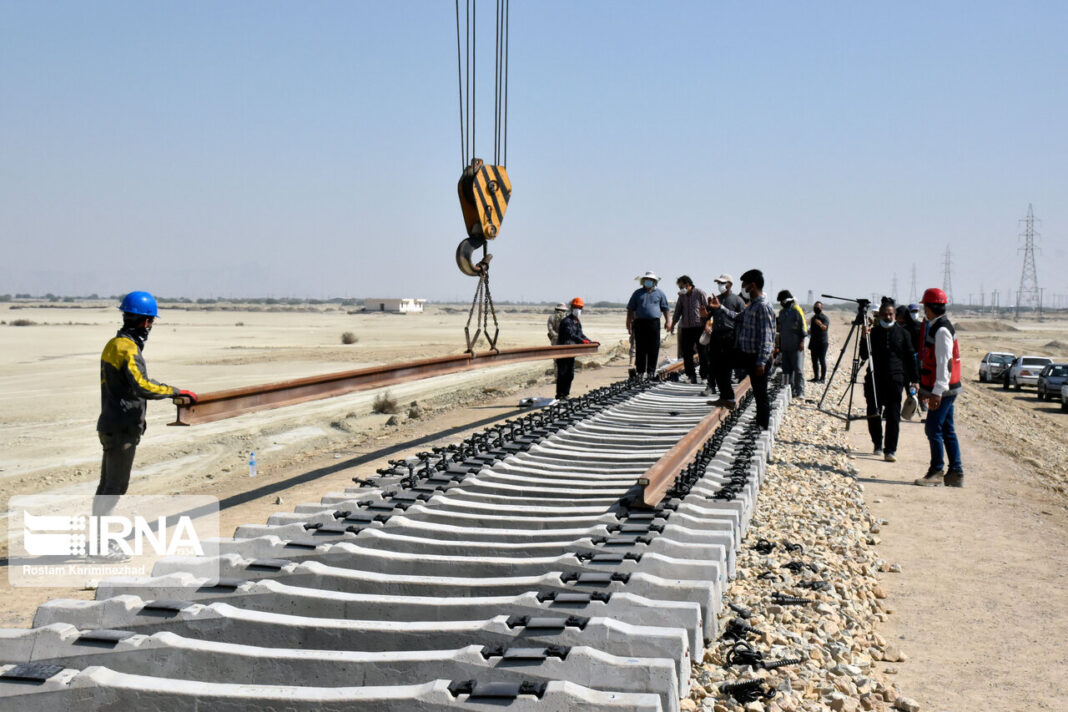 Iran and Iraq have launched a railway construction project that will connect the town of Shalamcheh in the Iranian province of Khuzestan to the Iraqi city of Basra.

“The subject of the construction of the railway line from Shalamcheh to Basra is, in fact, the completion of the wide east-west corridor, which currently has a gap,” Iran’s Deputy Minister of Roads and Urban Development Miad Salehi said during a visit to Iraq on Tuesday.

The announcement was made a day after Iranian Minister of Transport and Urban Development Rostam Qasemi declared the signing of a deal between the Islamic Republic and Iraq for completing the nearly 40-kilometer railway.
The Islamic Republic of Iran Railways and the Iraqi Republic Railways are implementing the project jointly.

This issue has been on the table for a long time and its supporters have been looking for its realization for 20 years, Salehi explained.

“Our goal is to establish transit corridors and fix them if there is a defect, and in this regard, we have signed an operational roadmap for this project, which will remove the obstacles,” Iran’s deputy minister of roads and urban development stated.

“The Shalamcheh-Basra railway is important because Basra is connected to Karbala by railroad and can be used as a railway line for Iranian pilgrims. Basrah is also connected to Jordan from the east of Iraq and to Syria from the northeast. It could provide Iran with access to Syrian markets,” Salehi added.