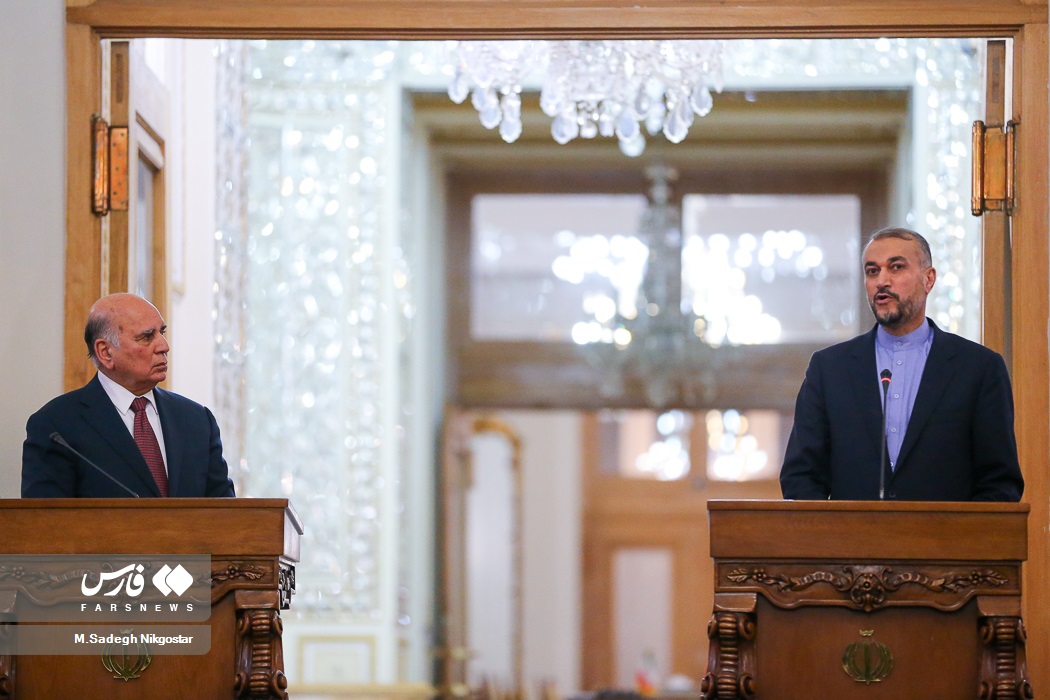 Iran’s Foreign Minister Hossein Amirabdollahian and his Iraqi counterpart Fuad Hussein have discussed bilateral ties on the phone on Sunday.

According to a statement issued by the Iranian Foreign Ministry, the two diplomats discussed Tehran-Baghdad relations and stressed the need for following up agreements previously reached to boost the ties.

They also discussed ways to facilitate visits by Iranian and Iraqi pilgrims to religious sites in each country on the occasion of Islamic events, especially Arbaeen that marks 40 days after the martyrdom anniversary of the third Shia Imam, Imam Hossein (AS).

Amirabdollahian expressed gratitude over Iraqi assistance for sending Iranian pilgrims to Saudi Arabia for the annual Hajj pilgrimage that ended in Mecca on Saturday.

The top Iraqi diplomat, on his part, announced his country’s readiness to continue efforts on facilitating pilgrimages on different Islamic occasions.

He also announced Iraq’s readiness to hold this year’s Arbaeen ceremonies in the best possible way.