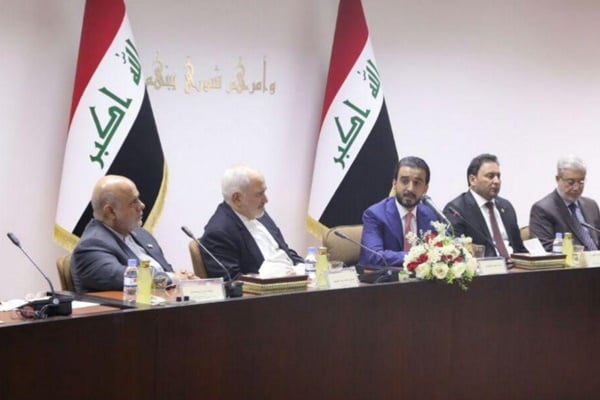 During their Monday meeting in Baghdad, the two sides stressed the need for using potentialities in all fields to boost ties.

In the meeting, where deputy chairmen and chairmen of parliamentary factions were also present, the Iraqi parliament speaker pointed to the common history and interests of the two countries, hailing Iran’s role in assisting the Iraqi nation to defeat ISIS.

Halbusi also called for strengthening ties between the two countries in various fields, including economic ones.

Zarif referred to friendly relations between the two countries, particularly parliamentary ties in the recent years saying that “the visit of seven million Iranians and Iraqis from the neighbouring country is an obvious sign of closeness of the two great nations.”

In this meeting, the heads of Iraqi parliamentary factions declared their views on strengthening relations with the Islamic Republic announcing readiness to use parliamentary capacities to help deepen relations between the two countries.