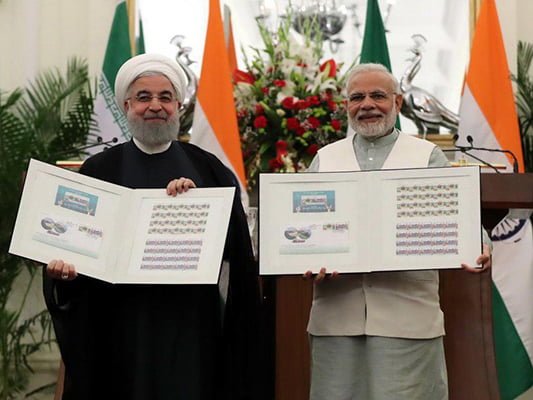 Iran and India have inked 15 agreements in various fields, from an extradition treaty to cooperation in the development of Iran’s Chabahar port.

In a ceremony on Saturday attended by Iranian President Hassan Rouhani and India’s Prime Minister Narendra Modi, top officials from the two countries inked 15 agreements and memoranda of understanding.

The documents cover a varied range of issues, including the removal of political visa requirements, scrapping of double taxation, and cooperation on anti-dumping processes.

The two sides also signed a document on the extradition of criminals in the consular domain and another one on juridical cooperation in civil and trade affairs. 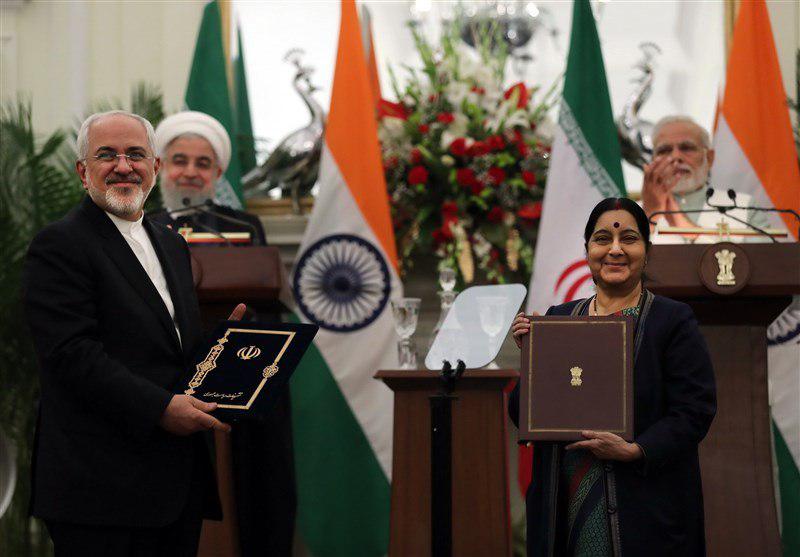 In a meeting in the same day, President Rouhani and Prime Minister Modi expressed readiness to expand relations between their countries in all areas.

Rouhani said it was incumbent on the countries’ politicians to deepen the historical amity between the nations in all cultural, economic, and commercial areas.

“Iran and India’s ties are not to any country’s detriment,” he said. “There are expansive capacities for the development and deepening of Iran and India’s relations, which should all be seized upon more than ever toward the interests of and creating a better future for the nations and the region,” he said.

The Iranian president also pointed to mutual investment in the southern Iranian port city of Chabahar by Iran and India as well as Afghanistan as a means of turning it into a trade hub, Press TV reported.

Rouhani said Chabahar could reinforce Iran and India’s historical ties by serving as a bridge connecting the subcontinent to Afghanistan, Central Asia, and Eastern Europe. “We are ready to sign bilateral and trilateral agreements to turn the transit route passing through Chabahar into a strategic pathway serving the reinforcement of regional ties,” he said.

Iran, he added, can provide the energy resources India is in need of by entering into long-term strategic agreements with New Delhi.

Modi, for his part, said many obstacles had been removed from the way of expanding bilateral economic relations, prompting many mutual investment projects to bear fruit and accelerating the trend of growth in mutual ties.

“Indian companies are ready to further their investment in the areas of mutual cooperation, including oil and gas,” he said.

Chabahar, he said, “can change the trade relations game across the region and the world,” noting that India had already begun exporting its goods, including wheat, to Afghanistan via the Iranian port city. 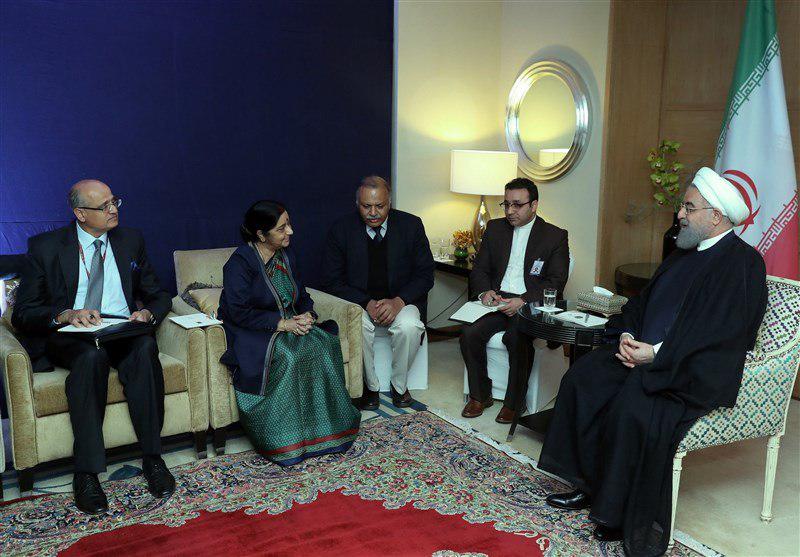 Rouhani also met India’s Minister of External Affairs Sushma Swaraj. During the talks, Rouhani said “promotion of cooperation between Iran and India on regional issues could strengthen the pillars of stability and security across the region.”

Enhancement of ties between the two great and influential Asian countries will serve the interests of their nations and the region, the president added, calling for closer cooperation with India in the energy industry, mining sector, transportation and the new technologies.

He also said Tehran would welcome a more active presence of Indian companies in Iran.

For her part, Swaraj said India is resolved to boost ties with Iran in all areas of mutual interest.

Calling for efforts to facilitate visa restrictions for Iranian and Indian travelers, she also emphasized that development of Iran’s southeastern port city of Chabahar would benefit the region, including the people of India and Afghanistan.

Before the meeting, the Iranian president had high-profile talks with his Indian counterpart Ram Nath Kovind.

During the visit, the two sides also issued a joint statement, the full text of which can be accessed via this link.

Heading a ranking diplomatic and economic delegation, Rouhani began his 3-day visit to India with a trip to Hyderabad, where he held meetings with Iranian people and students residing in India, and with Indian Muslim communities.