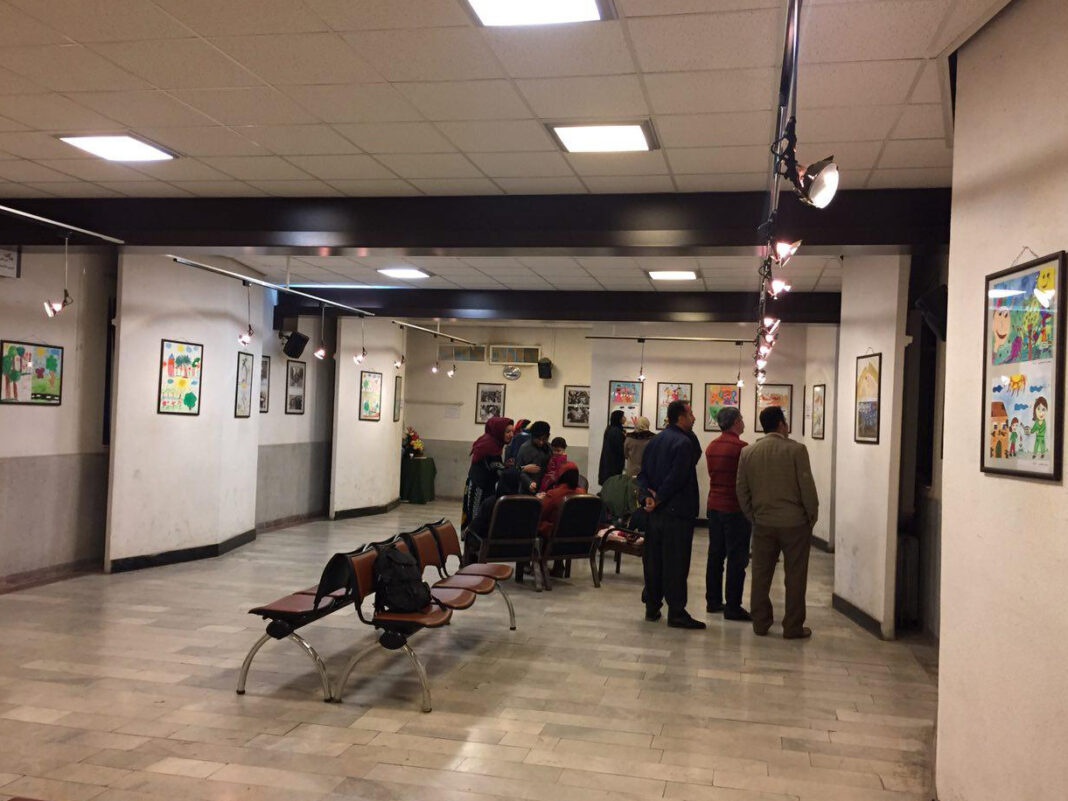 An exhibition of paintings by earthquake-hit children of Iran’s Kermanshah is being held in Sanandaj, Kurdistan Province.

The event called Colour Dream is underway at the Ershad Art Gallery of Sanandaj and will be open to visitors until December 26.

120 paintings drawn by Kermanshahi children aged 3 to 12 are exposed at the show, which opened on Saturday evening, a Farsi report by IRNA said.

Negin Vakili, a Kurdish artist who has collected these paintings and presented them at the exhibition, said, “When we were in Sarpol-e Zahab County to help children and earthquake-stricken people, I saw one of these kids painting on a piece of carton as they did not have coloured papers and pencils.”

“It gave me the idea to erect a tent and distribute papers, crayons, pastels and markers among these children to give them the opportunity to paint,” added Vakili.

“While the kids were drawing paintings, many adults were there to watch paintings, and it proved that their psychic needs are satisfied by seeing these paintings.”

At the very beginning of the exhibition several paintings were sold, she said, adding that “the money raised from selling every painting is given to the same quake-hit child.”

Most of these paintings are created by kids from Sarpol-e Zahab County, who have depicted the impacts of the earthquake, destruction and loss of loved ones in some of their paintings.

On the evening of 12 November, a 7.3 magnitude earthquake hit Iran’s Kermanshah with widespread damages reported across the province. Sarpol-e Zahab and Qasr-e Shirin were the ones hardest hit. Over 500 lives were lost and thousands were injured. It was Iran’s deadliest quake in over a decade that caused extensive material damage.