Iran Glad to See Neighbours Getting Out of B-Team: Zarif 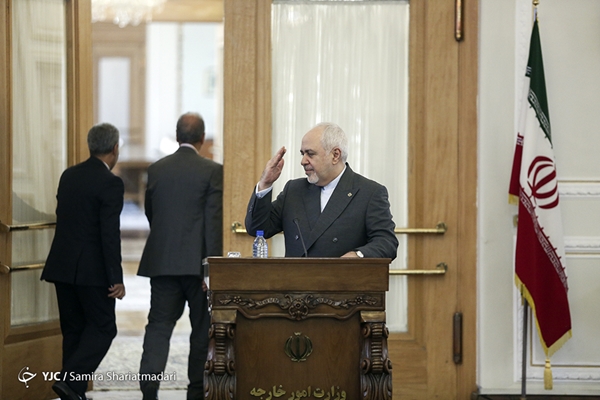 “Thank God the number of those in the B-Team is decreasing, and we welcome that. We want the relations with our neighbours to improve,” Zarif noted.

“Doors of Iran, as the country of your brothers, are open to you,” he added.

He also thanked Saudi Arabia for their good reception of Iranian Hajj pilgrims and expressed hope that such behaviours would be repeated after the annual pilgrimage.

“Doors of Iran are open to neighbouring states. We’re ready, and this dialogue will benefit Saudi Arabia, the UAE, and all regional states.

Zarif said Iran, Iraq, and six other Persian Gulf Cooperation Council member states need to have dialogue and sign a treaty of non-aggression with each other.

The Iranian top diplomat said he had earlier made such an offer, but they did not welcome our proposal.

“We’re always open to talks with our neighbours.”