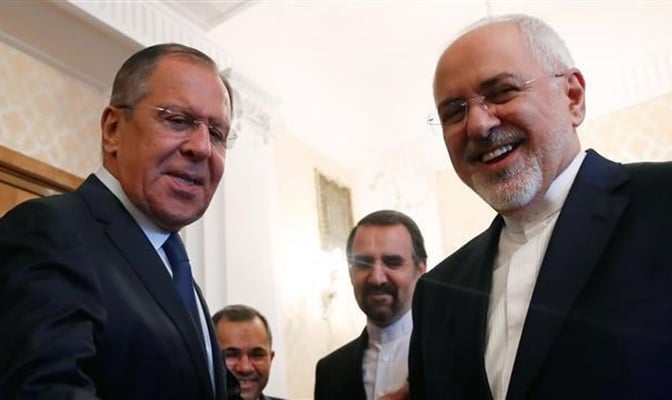 Iranian Foreign Minister Mohammad Javad Zarif says Tehran is giving diplomacy a second chance after the US withdrawal from the Iran nuclear deal, and other parties to the JCPOA must seize this opportunity.

The Iranian top diplomat made the comments in a Monday meeting with his Russian counterpart Sergei Lavrov in Moscow.

During the talks, they exchanged views on the future of the Iran nuclear deal following the withdrawal of the US from the 2015 agreement. Zarif and Lavrov also conferred on ways to deal with the legal, economic and political aspects of the US pull-out of the JCPOA.

Zarif underlined the necessity for an all-out exploration of the issue and added, “We have decided to give another chance to diplomacy to safeguard the interests of all parties involved.”

The Iranian foreign minister went on to say that the interests of all sides hinge on economic relations among them free from Washington’s undue interferences.

For his part, the Russian top diplomat underlined the need for fulfilling obligations under the JCPOA by all involved sides and providing appropriate mechanisms for saving the nuclear deal and safeguarding the interests of Iran and other parties to the accord.

During the talks, the two sides also discussed the latest regional developments including Syria crisis, the legal regime of Caspian Sea, the issue of Palestine and the irresponsible move by the US to relocate its embassy from Tel Aviv to Jerusalem al-Quds.

Zarif arrived in Moscow earlier Monday at the top of a high-ranking political and economic delegation. It is the second leg of his tour during which he is to sit down with officials from 5 states in the JCPOA to discuss how Iran’s interests under the deal can be guaranteed.

Back on Sunday he sat for talks with his Chinese counterpart in Beijing. He is expected to visit Brussels as well to hold talks with his counterparts from Germany, Britain, and France as well as the EU foreign policy chief.