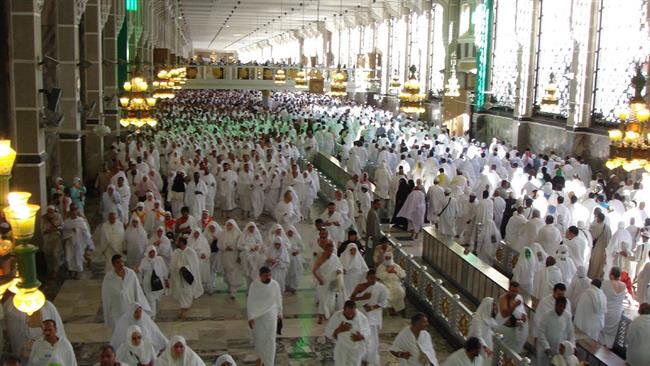 The head of Iran’s Hajj and Pilgrimage Organization says Saudi Arabia refuses to accept Tehran's conditions in a deal that guarantees preserving the dignity of Iranian pilgrims during this year’s Hajj pilgrimage.

Saudi Arabia needs to “show its serious determination” in making this year’s Hajj pilgrimage possible for Iranians by the end of Sunday, Saeed Ohadi said in a TV interview on Friday night.

He added that during the latest round of talks, only six out of the 11 provisions, which were entirely against the Iranian nationals’ dignity, have been removed from the deal, but the remaining five have been left unsettled due to the Saudi officials’ obstinacy.

On Tuesday, an Iranian delegation traveled to Saudi Arabia at the official invitation of new Saudi Minister of Hajj and Umrah Mohammad Saleh bin Taher Benten to hold last-ditch talks with the Arab kingdom’s officials on the dispatch of Iranian pilgrims for the annual rituals in September.

Ahead of the visit, Iran sent the Saudi side a letter listing its rightful demands as well as its propositions aimed at ensuring safety for Iranian nationals.

Ohadi went on to say that the Saudi delegation has revealed that it does not have the necessary power to make the final decision on the disputed points, and it showed that other parts in the Saudi government were directly involved in dictating the terms of this year’s Hajj agreement.

He added that a lack of coordination between the Saudi ministries of foreign affairs and Hajj is the main reason behind the prolonged talks, warning that if Riyadh does not eliminate the five remaining areas of disagreement, it will be held responsible for barring the Iranian pilgrims from this year’s Hajj.

He had earlier blamed Riyadh for the five-month delay in making arrangements for this year’s pilgrimage.

On Thursday, Ohadi said that the two sides had reached an agreement to “use electronic visas which could be printed out” by Iranian pilgrims as Saudi diplomatic missions remain shut in Iran.

In April, Iran’s Minister of Culture and Islamic Guidance Ali Jannati said Riyadh was creating problems for the dispatch of Iranian pilgrims to Hajj rituals.

Tensions between Iran and Saudi Arabia intensified after the kingdom’s execution of prominent Shia cleric Nimr al-Nimr in January.

Saudi Arabia cut diplomatic ties and halted flights to and from Iran on January 3 following attacks on vacant Saudi diplomatic premises in Tehran and the city of Mashhad by angry people protesting Nimr’s execution.

Hundreds of people also lost their lives in a deadly incident that took place on September 24, 2015 in Mina after two large masses of pilgrims converged at a crossroads during the symbolic ceremony of the stoning of Satan in Jamarat, as part of their Hajj rituals.