Iran to Give Crushing Response to Any US Aggression: Larijani 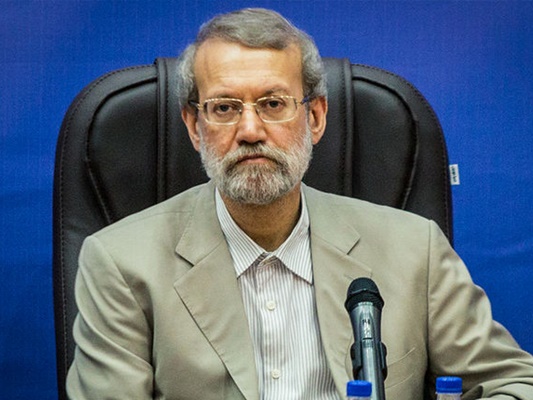 Iranian Parliament Speaker Ali Larijani says the Iranian nation will give a crushing response to any aggression by the US.

“The enemies should be aware that they cannot press ahead with their projects even if they collude with tens of other countries against Iran because the Muslim nation of Iran will not remain silent over the enemies’ aggressions,” Larijani said on Thursday.

According to a Farsi report by the Mehr News Agency, he referred to the latest provocative decision of US President Donald Trump to recognize Jerusalem al-Quds as Israel’s capital ‘impudent’ and said the US and the UK should know that they will not survive if they continue to occupy further lands in the Islamic world.

The parliament speaker said terrorist groups are the fruits of occupying and arrogant states’ policies and added the Lebanese are entitled to resist Israel if the Zionist regime is seeking to occupy a large swath of Beirut.

He stressed the revolutionary thought of Mirza Khoochak Khan are still alive in Iran and warned the enemies against hatching up new plots against Iran.

Larijani stressed internal division was the key reason behind the failure of the Persian Constitutional Revolution over 100 years ago.

He called Koochak Khan a patriot and said the revolutionary icon’s reliance on the Islamic values was the main cause of his success.

“Though Khoochak Khan’s movement came to an end, his patriotism will remain alive in the minds of all Iranians forever,” he concluded.