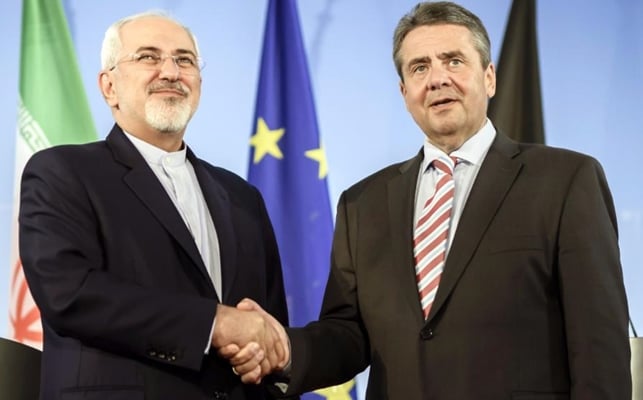 During the meeting, the two sides exchanged views on the latest mutual and regional issues as well as the recent developments of the Iran nuclear deal, particularly the financial mechanism being devised by the EU to give Iran a chance to enjoy its economic benefits under the deal.

They also underlined the need to facilitate the process of making the mechanism operational as soon as possible.

Gabriel is in Tehran on an official visit at the head of an economic delegation consisting of top executives of German firms.

Following the US unilateral withdrawal from the JCPOA in May and the subsequent re-imposition of sanctions on the Islamic Republic of Iran, the EU vowed to introduce some new measures to guarantee Iran’s economic interests.

Back in September 24, Iran and the remaining parties of the Iran nuclear deal released a joint statement announcing the creation of a “Special Purpose Vehicle” to facilitate continued trade deals with Iran. The mechanism is aimed at bypassing the US’s sanctions on Iran.