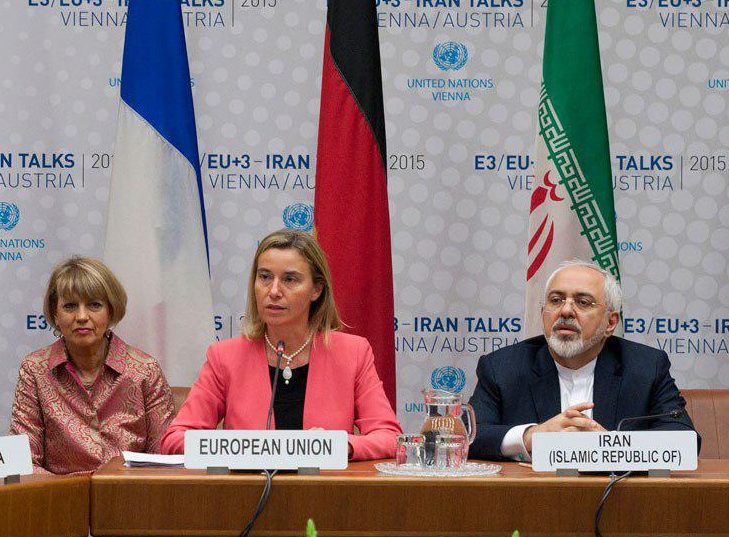 A senior Iranian diplomat has confirmed that the foreign ministers of Iran and the P5+1 group of countries will discuss the nuclear deal between Tehran and world powers in a meeting on the sidelines of the UN General Assembly in New York later this week.

The high-ranking Iranian diplomat said that the event was confirmed at the meeting of the Deputy Foreign ministers and other officials of Iran and the P5+1 in Vienna.

The official added that as the foreign ministers of the seven countries plus the EU Foreign Policy Chief would be in New York this week, all of them have agreed to hold a meeting on the nuclear deal, known as JCPOA.

“Iran has also emphasized the need for such meetings in light of recent violations of the JCPOA implementation by the United States in recent months.”

According to a Farsi report by ISNA, this is the second time that the meeting of the foreign ministers of Iran and the P5+1 is going to be held in New York. The previous meeting was during the administration of Barack Obama, who was supporting the agreement and its implementation.

However, this meeting is going to be held during the Tramp administration, which opposes the nuclear deal and is seeking to disrupt it.

The US is participating in the meeting in a situation that it extended the suspension of its sanctions on Iran for another three-month period on Thursday.

According to ISNA, Seyyed Abbas Araqchi and Majid Takht-Ravanchi, the deputy foreign ministers of Iran, as well as Pejman Rahimian, the Deputy Head of the Atomic Energy Organization of Iran, along with a number of other experts have headed to New York to attend the 9th Joint Commission of the JCPOA.

The Joint Commission is likely to be held in New York on Tuesday in a situation that Iranian Foreign Minister Mohammad Javad Zarif and his American counterpart Rex Tillerson are reportedly expected to meet on the sidelines of the 72nd annual session of the UN General Assembly.

Foreign Policy reported on Friday that Tillerson would hold his first meeting on the Iran nuclear deal with Zarif and other parties to the nuclear deal, which is officially called the Joint Comprehensive Plan of Action (JCPOA).

High-ranking officials from 193 countries will gather September 19 for a week of speeches at the annual UN General Assembly in New York.