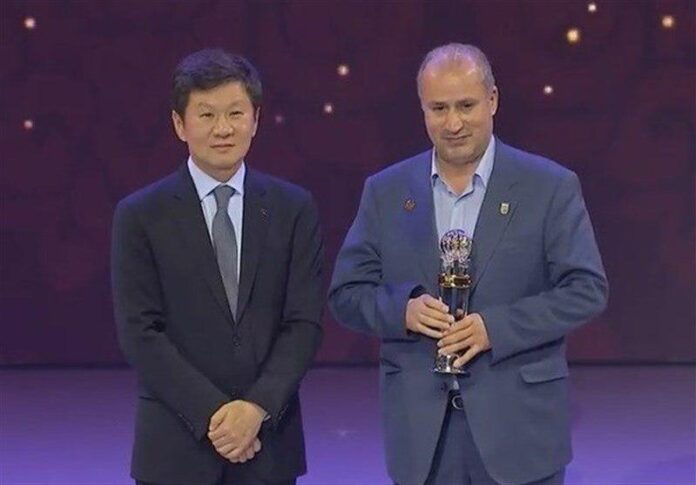 During the awards ceremony on Wednesday, the Islamic Republic of Iran’s Football Federation was elected as the AFC’s most inspiring member association. Mahdi Taj, the president of the federation, received the award.

Football Federation Islamic Republic of Iran, who has enjoyed a dynamic and fruitful was named the AFC Inspiring Member Associations of the Year at the AFC Annual Awards 2017 in the Aksra Theatre King Power on Wedensday.

In their road to the FIFA World Cup Russia 2018, Iran were the first Asian nation to qualify early in June, while Persepolis reached the semi-finals of the AFC Champions League 2017.

Their club performances have had consistent improvements not only in football but futsal as well. Sanaye Giti Pasand had a perfect record to top Group C of the AFC Futsal AFC Futsal Club Championship Vietnam 2017, before a narrow 3-2 loss to Thailand’s Bluewave Chonburi to secure a runners-up spot.

On top of that, Iran were crowned winners in the inaugural AFC Beach Soccer Championship Malaysia 2017 in March to receive an automatic qualification to the FIFA Beach Soccer World Cup Bahamas, where they finished third after losing 3-2 on penalties to Tahiti.

The prestigious award is given to a Member Association in recognition of its professional administration and governance as well its exceptional contribution to the development and promotion of the game at all levels within the country. 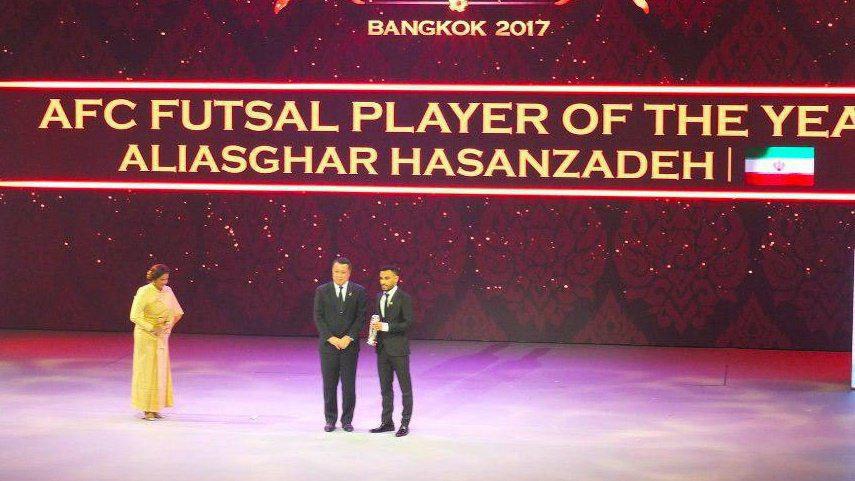 Hassanzadeh was also named the AFC Futsal Player of the Year for the third time following his brilliant performance at this year’s Asian competitions.