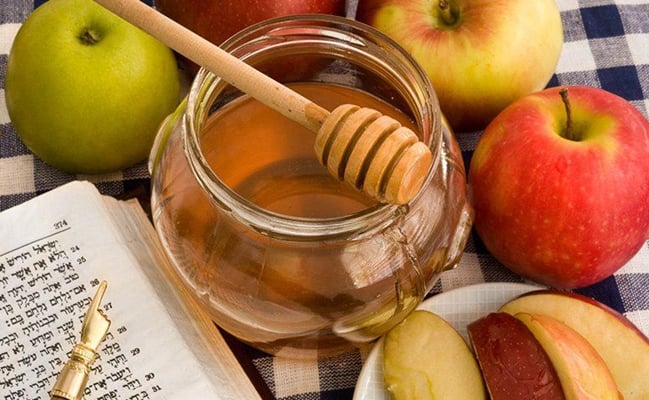 Iranian Foreign Minister Mohammad Javad Zarif has congratulated Jewish people across the world, particularly those living in Iran, on the occasion of Rosh Hashanah, the Jewish New Year.

In a message on his Twitter on Sunday, Zarif said, “As the sun gives way to the moon, I wish all my Jewish compatriots and Jews worldwide a very Happy New Year filled with peace and harmony. Happy Rosh Hashanah.”

Ali Younesi, a special aide to President Hassan Rouhani for religious minorities’ affairs, also wished a happy New Year for the Jewish community of Iran and the world in a Monday message.

Over 9,000 Jews are reportedly living in Iran, mostly in the cities of Tehran, Isfahan, and Shiraz. Under the Iranian Constitution, the country’s Jews are represented in the parliament. 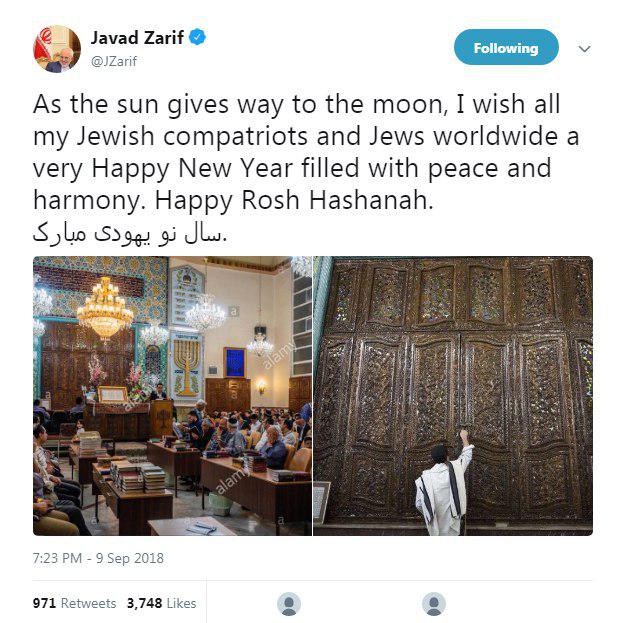