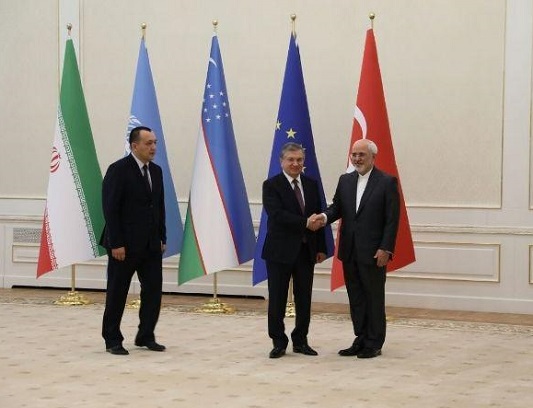 During the Friday meeting in the Uzbek city of Samarkand, the two sides conferred on ways to expand bilateral relations, especially economic and scientific collaborations.

Cooperation in the fields of energy, transit, quadrilateral corridor, the establishment of a trilateral group to focus on rail transport partnerships between Iran, Uzbekistan and Afghanistan, and fight against terrorism were among the other key issues discussed in this meeting.

The two sides also welcomed holding a meeting of the joint economic commission in December.

Zarif is in the historical city of Samarkand to attend the International Conference on Security and Sustainable Development in Central Asia.