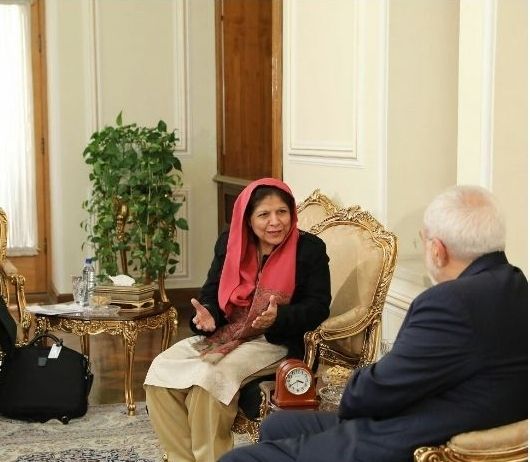 UN Under-Secretary General Shamshad Akhtar, who is also the Executive Secretary of the UN’s Economic and Social Commission for Asia and the Pacific (ESCAP), has held talks with Iran’s Foreign Minister Mohammad Javad Zarif in Tehran.

During the Wednesday meeting, the two sides discussed various issues in the Asia-Pacific region including the need to use regional capacities and emerging powers to expand cooperation in the economic and infrastructure sectors, and also expand trade cooperation and investments in the Asian continent.

Zarif and Akhtar also expressed concern over the weakening of multilateralism, the decline of international and regional institutions and arrangements, and the rise of serious challenges in this regard.

Moreover, they stressed the need for initiatives by the United Nations, particularly the ESCAP, to manage and prevent such challenges in Asia.

The two sides further talked about the support of the Islamic Republic of Iran for the ESCAP in order to realize its development goals and also the country’s cooperation to launch an office of the Asian and Pacific Centre for the Development of Disaster Information Management (APDIM) in Tehran as a subsidiary of the ESCAP.

The development and implementation of the ESCAP’s plan to tackle the issue of sandstorms in the Asia-Pacific region, including West Asia, within the framework of environmental protection and disaster management were also high on the agenda.

On Tuesday, the Islamic Republic of Iran and the UN signed a memorandum of understanding to launch an office of the APDIM in Tehran.

One of the main environmental issues in Iran has been sandstorms which are said to originate in Iraq and Saudi Arabia, but a combination of events recently have brought Iran’s southern Khuzestan province to the brink of virtual collapse.