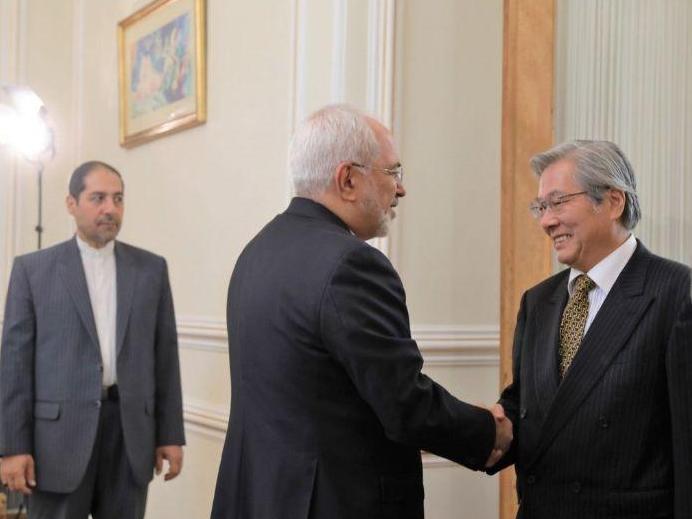 During the Monday talks, Yamamoto briefed Zarif on the current security situation of Afghanistan. He also talked about various ways to continue peace talks in Afghanistan with the aim of establishing stability and security in the war-torn country.

For his part, the Iranian foreign minister referred to the current cooperation between Iran and Afghanistan and stressed the need for rapid development of such collaboration in various fields of politics and economy. He also emphasized the importance of coping with growing threats and dangers of ISIS in the region including Afghanistan given the group’s latest defeats in Iraq and Syria.

Other major topics discussed during the meeting included Iran’s support for Afghanistan’s National Unity Government, its policy of establishing stability in the country as well as its support for the UN efforts in all initiatives to restore peace in Afghanistan.

Zarif also expressed Tehran’s readiness to establish close cooperation with the UN and its affiliated organizations in all fields which are dealing with Afghanistan issue.

“Iran seeks to create stability in Afghanistan and its efforts are focused on this goal,” he added.