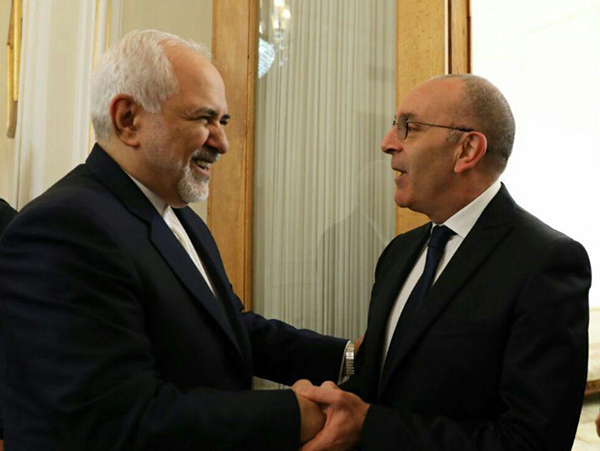 Iranian Foreign Minister Mohammad Javad Zarif has discussed issues of mutual interest in a meeting with Vito Rosario Petrocelli, the president of the Foreign Affairs Committee of the Senate of Italy.

In the Sunday meeting in Tehran, Zarif touched upon strong relations between Iran and Italy over the past four decades, expressing hope the current coalition government in Rome will maintain its good economic ties with Tehran as before.

“Iran has set up a corresponding institution to INSTEX (Europe’s Instrument in Support of Trade Exchanges) and announced its establishment to the European Union,” Zarif added.

He said an Iran-Italy parliamentary friendship group has been established at the Italian Senate. The top Italian parliamentarian also offered condolences to the Iranian government and people for the recent flooding in Iran, and said his country would send humanitarian aid to flood-stricken people.