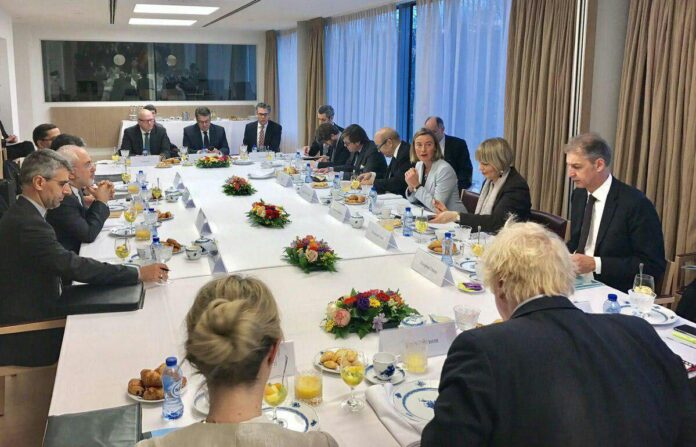 Iranian Foreign Minister Mohammad Javad Zarif has conferred on the Iran nuclear deal in a joint meeting with his French, British, and German counterparts and the EU foreign policy chief in Brussels.

Earlier on Thursday, Zarif held a bilateral meeting with Le Drian. During the talks, Zarif highlighted the need for all parties to the JCPOA to implement their commitments under the deal.

The Iranian top diplomat also called on European countries to play a more active role in this regard.

Le Drian, for his part, underlined the significance of JCPOA implementation and France’s resolve in this respect.

The two sides emphasized the importance of stability and security in the region and the need for peaceful resolution of regional crises through dialogue and political consultation.

The French FM also thanked his Iranian counterpart for inviting him to visit Tehran, and stressed that he will make the trip soon.

An EU diplomat says the aim of these meetings between Iranian and European diplomats is to send a message to Washington that Iran is complying with the terms of the deal.