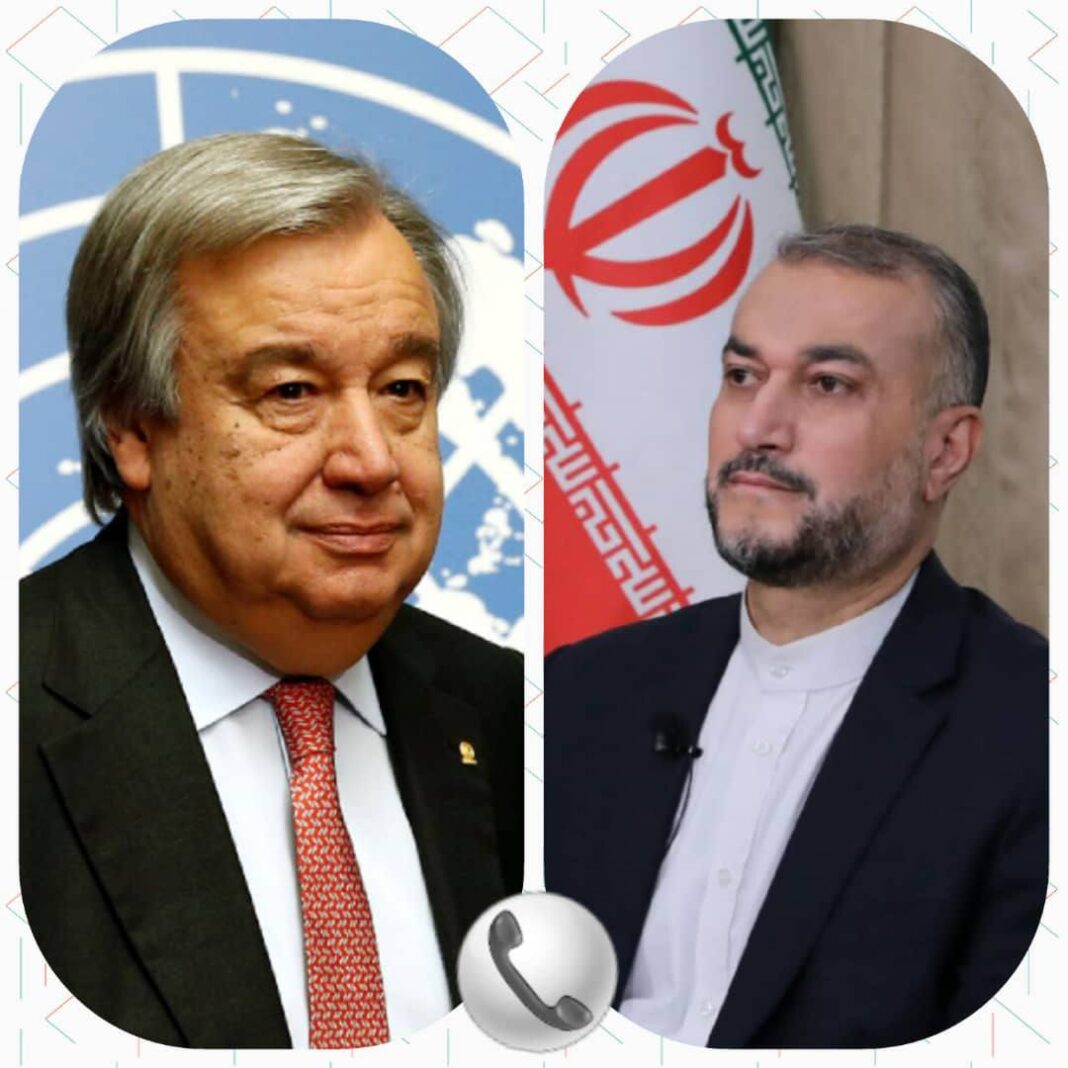 The Iranian foreign minister has told the UN chief that the parties to the Iran nuclear deal must come to the negotiating table with a realistic view.

Hossein Amir Abdollahian and António Guterres were speaking over the phone.

The foreign minister said Iranian government is conducting the necessary studies on the possibility of resuming the Vienna talks.

Amir Abdollahian added, “Unfortunately, the US has made a miscalculation by maintaining their illegal sanctions on Iran and they mistakenly think they can use the sanctions as a bargaining chip”.

Amir Abdollahian demanded the other parties to the nuclear deal, known as the Joint Comprehensive Plan if Action, JCPOA, pay serious attention to the rights and interests of the Iranian people.

Also referring to the situation in Afghanistan, he expressed serious concern regarding the new influx of Afghan migrants and stressed the need for assistance from relevant UN organizations .

Abdollahian also said Tehran is following the case of the cowardly assassination of General Qassem Soleimani by the US at international and legal levels and that the US will not be able to dodge its responsibility for his assassination.

Guterres stressed the need for the resumption of the nuclear talks in Vienna.