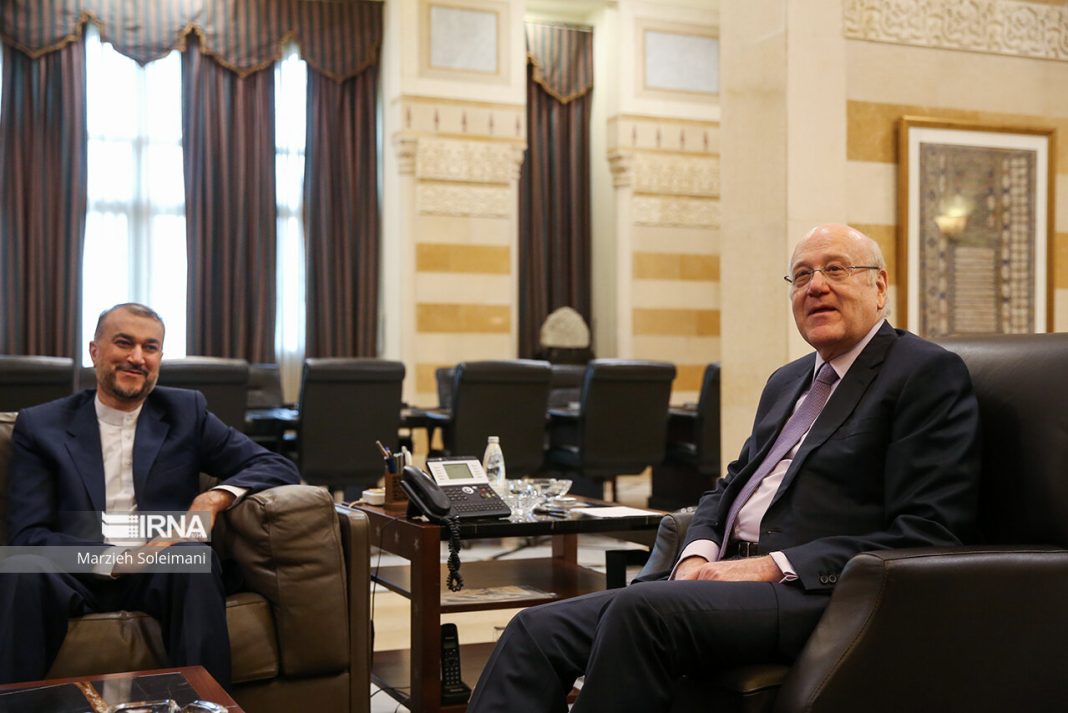 Hossein Amirabdollahian, in a meeting with Lebanon’s caretaker Prime Minister Najib Mikati in Beirut added, “Some progress has been made and Iraq is still interested in playing a positive role in this regard, and we agree with Riyadh that the negotiations need to continue until results are achieved.”

Amirabdollahian also referred to the Yemen crisis, and said, “Through our spiritual influence in Yemen, we make efforts for calm to continue in the country.”

The Iranian foreign minister also stressed the necessity for an end to the neither-war-nor-peace situation in Yemen, a start of Yemeni-Yemeni talks, and the establishment of lasting stability in the country.

Lebanon’s caretaker Prime Minister Najib Mikati for his part welcomed the negotiations between Iran and Saudi Arabia, adding a resumption of Iran-Saudi ties will serve the interests of the two countries, Lebanon and the entire region.

Amirabdollahian also in meeting with Lebanese Parliament Speaker Nabih Berri, said Iran reaffirms its support for internal stability and solidity in Lebanon as well as the conclusion of a political process involving various factions in the country and free from any foreign meddling.

The Iranian foreign minister said the Islamic Republic does not interfere in the domestic affairs of Lebanon, but it will not hesitate to offer a helping hand to the Arab country if the need arises.

The top Iranian diplomat also held consultations with his Lebanese counterpart Abdallah Bou Habib where he voiced Tehran’s support for the political process to elect a new president and restoration of stability in Lebanon.

Amirabdollahian also emphasized the Islamic Republic of Iran’s readiness to help alleviate the sufferings of the Lebanese people pertaining to the electricity and energy crisis.