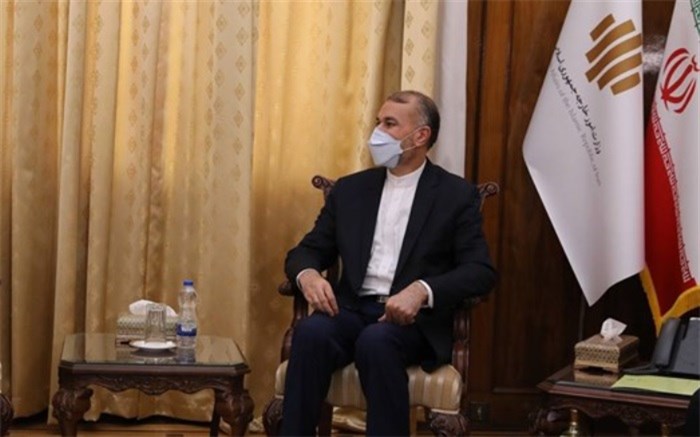 As part of the meetings of Iran’s Foreign Minister on the sidelines of the UN General Assembly on Friday, Hossein Amirabdollahian and South African Minister of International Relations and Cooperation Naledi Pandor sat down for talks on bilateral relations.

Amirabdollahian described mutual ties between the two countries as very good and reiterated that there is no problem in bilateral relations between Iran and South Africa.

He also touched on the past support the two countries offered to each other at international forums and expressed Tehran’s readiness to hold a joint economic commission between Iran and South Africa.

The foreign minister also said the government of the Islamic Republic of Iran pursues a pragmatic foreign policy. He said Iran will return to the negotiations on the nuclear deal but will not tie its economy to the talks.

He stressed that if the negotiating parties return to the implementation of their obligations, Iran will do the same.

During the meeting, the South African foreign minister also congratulated Amirabdollahian on his appointment as Iran’s foreign minister and underlined her country’s interest in cooperation and expansion of ties with the Islamic Republic of Iran.

She said, during her visit to Iran, she witnessed the country’s visible progress in different domains, especially in the fields of science and technology.

The top diplomat also touched on the mining and tourism sectors as other areas where the two countries can expand their cooperation.

Naledi Pandor also noted that she deeply wishes for the nuclear negotiations to bear result, adding that her country wants anti-Iran sanctions to be removed.

She concluded by saying that South African seeks greater bilateral cooperation and cooperation in international bodies with Iran as well as contact between the peoples of the two countries.