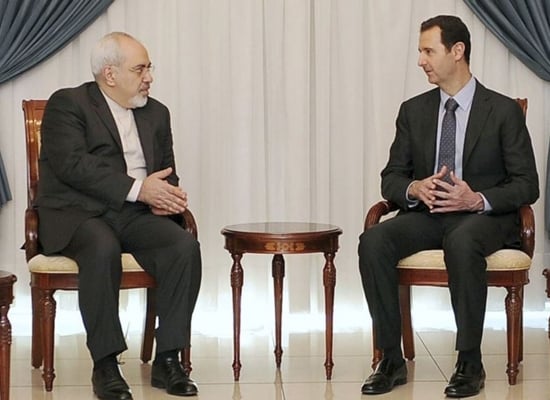 During the Monday talks, the two sides underlined the need for Iran and Syria to develop their mutual cooperation in various fields, particularly in economy, in the aftermath of the resistance’s victory over terrorism.

They also emphasised the active participation of Iranian companies in the reconstruction of the war-torn state.

The two officials further exchanged views on the most important issues of bilateral and regional ties, the need for the return of displaced people, and other topics of mutual interest.

Zarif and Assad asserted that Western countries would not be able to deter Iran and Syria from defending their principles, the interests of the two nations, and the security and stability of the entire region.

The two sides emphasized that Western policy of threat and pressure against Syria and Iran shows the West’s failure to achieve its goals in the Middle East.

The Syrian president and Iranian foreign minister hailed the current level of relations between the two countries in various fields and agreed to further continue consultations and coordination, particularly in the light of the rapidly-shifting regional and international issues.

They also discussed the latest developments in Syria and other regional countries as well as a planned summit of Iranian, Russian and Turkish presidents due to be held Friday in Tehran.