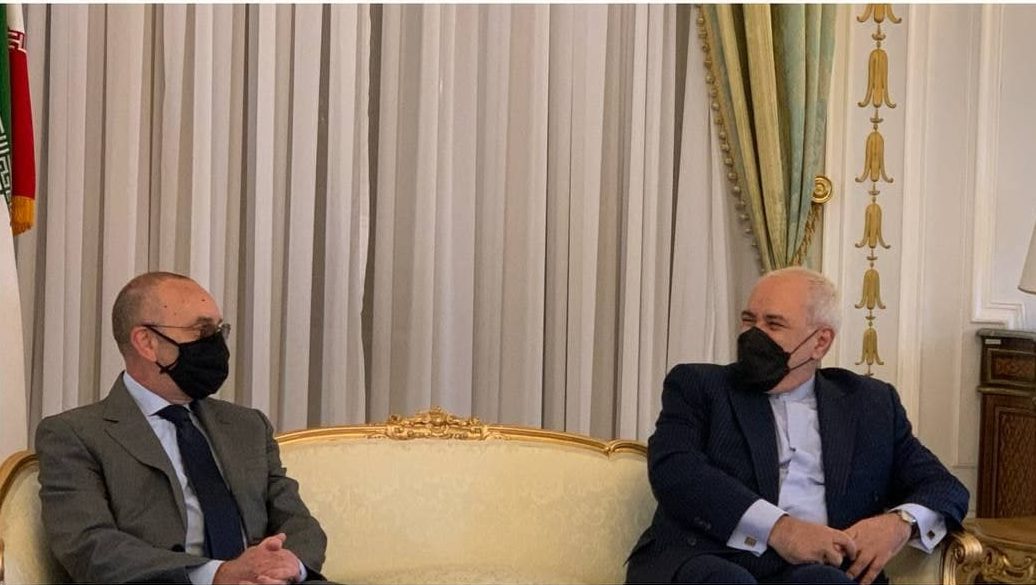 Iranian Foreign Minister Mohammad Javad Zarif has held talks with Paolo Petrocelli, the chairman of the Foreign Policy Committee of the Italian Senate, at the residence of the Iranian ambassador in Rome.

In the meeting, Zarif touched upon the 160-year-old relations between Tehran and Rome.

He described as positive Iran-Italy cooperation in different areas, particularly in the economic domain as well as collaboration between small and medium-sized enterprises of both countries.

The Iranian top diplomat called for the removal of existing barriers and preparing the ground to enter a new era of cooperation between the two sides, especially on the economic front.

Zarif went on to highlight the dangerous situation in the region caused by Israel’s moves, and condemned Tel Aviv’s acts of violence against Palestinian people.

He also expounded on Tehran’s stance on the situation in Yemen and Afghanistan.

The senior Italian parliamentarian, in turn, underscored the significance of Tehran-Rome ties while expressing an interest in further boosting mutual parliamentary relations.

He added the two countries have the potential to promote their mutual cooperation beyond the current level.