Iran FM Says He ‘Can Be in Riyadh Tomorrow’ 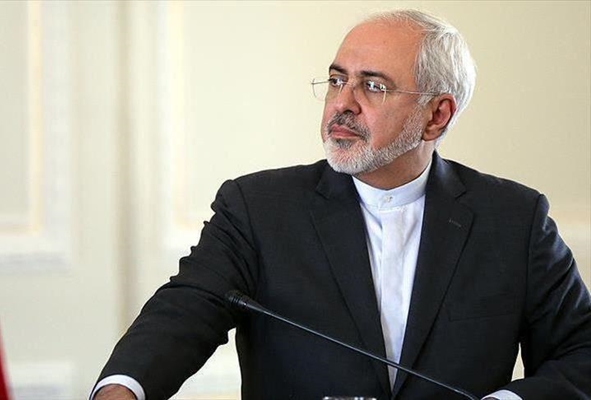 Iran’s foreign minister says Tehran is prepared to come to the negotiating table with Riyadh if Saudi Arabia changes its policy.

Mohammad Javad Zarif made the comment in an interview with the Iranian Arabic-language news network Al-Alam. Excerpts from the interview follow.

Al-Alam: Given the current situation in the region, when will we see you in Riyadh?

Zarif: If the Saudi government is ready to change its policy, I can be in Riyadh tomorrow.

Key Issue Not War, But US Breach of Law

Al-Alam: What messages were you carrying during your recent visits to India, China, Iraq, Japan, the United States and some other countries.

Zarif: What the world needs to know well is this reality – the Islamic Republic of Iran has always wanted peace and compliance with international obligations, but cannot remain indifferent toward the United States’ policy of imposing wars. Trump said recently that Washington had no intention of getting involved in a military war with Iran, but that the US was involved in an economic war against Iran. That means the US government is targeting Iranian people.

All of our partners need to know this reality. The key issue is that the US government has broken the law, has imposed an illegal war [on the Iranian nation] and even tries to keep food and medicine from reaching Iran, and this should be stopped.

That was the message I had during my visit to countries in and out of the region.

Al-Alam: It seems that these trips will continue and you will visit other countries as well. What countries are you going to visit?

We welcome all Persian Gulf countries with open arms. Unfortunately, there are two or three Persian Gulf littoral countries which has chosen another path. We believe the path they have chosen is not an effective one, but a dangerous one, and it is most dangerous to them themselves. We have never wished these countries ill. We believe we are neighbours.

Reason behind US Pressure on Iran is Our Power in Region

Al-Alam: In your trip to Iraq, you put forward the “regional non-aggression treaty” initiative. Unfortunately, some people say the reason behind this proposal is the pressure that Iran is under. How are you dealing with this issue and with regional countries?

Zarif: By God’s grace and thanks to the Islamic Republic of Iran’s prudent policies, Iran is at its maximum power in the region today, and we are not in a tough situation, and the reason behind the United States pressure on Iran is its concerns over Iran’s power in the region.

Unfortunately, it was Saudi Arabia which announced it had no intention of holding talks with Iran and that it would drag the war into Iran. Our friends in some countries have forgotten history and think these proposals have been put forward recently. I floated the idea of a non-aggression treaty in those very articles and I said a regional Persian Gulf dialogue forum can lead to the signing of a non-aggression accord.

Zarif: We follow a transparent foreign policy. Our logic is clear, too. We have said that we need no mediation. The US has waged an economic war against our people. When the Americans speak, they use a harsh tone one day and use more positive comments another day. But in our view, it is action that counts. Today, the US is involved in a very active economic ear against Iran. Washington even threatens individuals and warns them against having logical economic relations with Iran.

Not only does the US itself violate the UN Security Council resolution, but it also forces others to do so. This is the policy that the United States is pursuing today. This policy has to stop. This is a policy of bullying, a policy of imposition, a policy of economic terrorism against the Iranian people.

Policy of Threat Should Not Be Used against Any Nation

Al-Alam: Have you seen any softening of tone or retreat on the part of the US?

Zarif: In words, yes. But what determines our policy is action, not words. Their stances are also important. It is important that they talk to Iran with respect. But respect does not mean exerting economic pressure and waging an economic war. Respect should come on an equal footing. Economic war shows a policy of imposition and bullying, and this policy never works with regards to Iran. I said once that ‘Never threaten an Iranian.’ I’m still saying that the policy of threat should not be used against any country or people. As an Iranian, I’m saying that this policy does not work with regards to Iran.

Al-Alam: Trump constantly claims that he is ready for talks with Iranians and welcomes negotiations. He says he supports Iranian people and identifies with the Iranian nation. But on the other hand, he speaks of a destructive war against Iran and he has reinforced the US military equipment in the Kuwait region. How do you interpret his threat to take military action and claims of being prepared for talks?

Zarif: Washington’s policy is marked by a show of willingness to talk. This is a problem. The second problem is the ambiguity of the policy adopted by the current US administration. Moreover, Trump is saying that he is interested in Iranian people, but puts pressure on Iranians by trying to prevent the sales of food and medicine and aircraft spare parts. The US does not even allow banking transactions to take place in this regard. Such and administration cannot claim that it identifies with Iranian people.

We Talked to US; They Failed to Fulfill Commitments

Zarif: Any decision in that regard should be made by Iran’s high-ranking authorities. We believe the prerequisite to that there should be a point when holding talks. Holding talks has a point only when the other side remains committed to its obligations. We held talks with the US for months before. The Obama and Trump administrations both reneged on their commitments.

Europe Not Abiding by JCPOA Provisions

Al-Alam: The European countries insist that they remain committed to the Iran nuclear deal (JCPOA) and say they do not want to withdraw from the agreement. Why don’t they put pressure on the US?

Zarif: Iran has remained committed to its obligations under the JCPOA. Europe has not complied with any of the terms of the agreement in practice. Ostensibly, it has, but not in practice. What Europe has to do is to implement the deal. The UN Security Council issued a resolution on the JCPOA. The resolution follows two objectives: guarantee the peaceful nature of Iran’s nuclear program and guarantee the normalization of Iran’s economic relations with the world.

Al-Alam: Regarding the current issues in the region, namely exerting economic pressure on Iran, military presence in the region, the problems that the region is facing today, and even the JCPOA which is discussed from a different perspective each time, do you think all these issues are aimed at implementing Trump’s deal (Deal of the Century)?

Zarif: In my opinion, the final objective is to trample Palestinians’ rights underfoot. Whatever is known as the “Deal of the Century” will definitely turn into the “Bankruptcy of the Century” through people’s resistance.