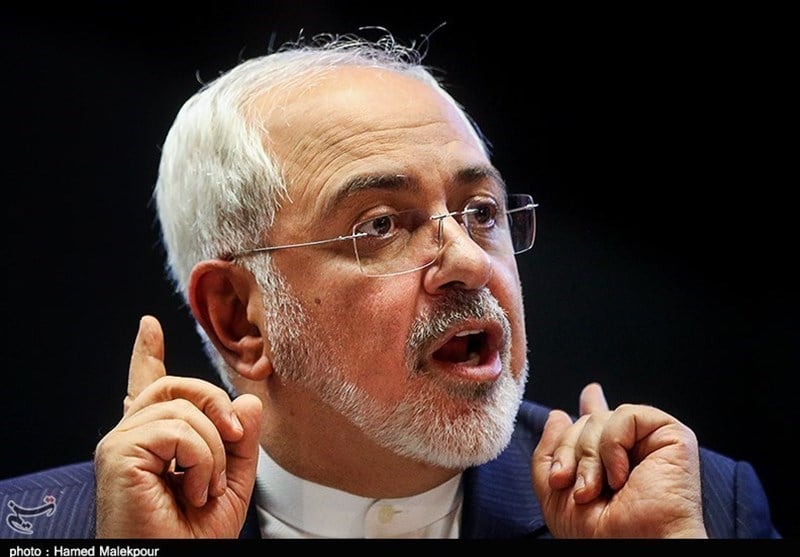 Foreign minister of Iran slammed the US president’s remarks on Tehran’s possible role in a recent chemical attack in Syria as a “pretext” for meddling in the Arab country and making up for the successive defeats that US- and Israeli-backed terrorists have suffered in Syria.

Speaking to reporters upon his arrival in Brazil early Tuesday, Iranian Foreign Minister Mohammad Javad Zarif rejected US President Donald Trump’s allegation that Iran may have had a role in a Saturday chemical attack on Syrian civilians.

Iran has always taken a “very clear stance” against the use of chemical weapons by anybody or against anybody, Zarif underlined.

His comments came after Trump said Monday he would make a decision on the US response to what he called an “atrocious” chemical weapons attack on Syrians, saying, “If it’s Russia, if it’s Syria, if it’s Iran, if it’s all of them together, we’ll figure it out and we’ll know the answers quite soon.”

In response, the top Iranian diplomat described Trump’s comments as part of a pretext for interference in Syria, saying the US and the Zionist regime of Israel seek to raise morale of the terrorists they are supporting in Syria.

Pointing to the successive defeats that the US and Israeli-backed militants are suffering in Syria, Zarif described Israel’s recent strikes on a Syrian air base as part of efforts to make up for those defeats.

“There is hard evidence that the US is transferring Daesh (ISIL) terrorists to the other regions (of Syria) to take advantage of its very dangerous investment in Syria,” Zarif deplored.

The Iranian minister finally warned against the dire consequences of America’s Syria policy for the regional and international peace and security, and even for Washington itself.

A Saturday chemical attack in Douma, the last terrorist-held stronghold near Damascus, killed at least 70 people and affected hundreds.

The Syrian government and Russia have vehemently denied involvement in the attack, saying rebels in Douma have fabricated the claims in order to hinder the army’s advances and provoke international military intervention.