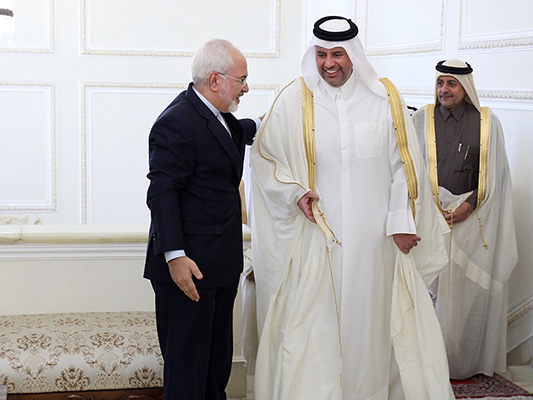 During the Sunday talks, the two sides conferred on the latest situation of economic and trade ties between Iran and Qatar, and explored avenues for promoting them.

Zarif and the Qatari minister also underlined the need for removing barriers to expansion of business cooperation and facilitating the trade exchanges between the two countries.

Following the meeting, Shariatmadari said he has received a proposal from Qatar to increase the level of trade between the two countries by five folds.

Shariatmadari said the current level of annual trade between the two countries stood at below $1 billion, emphasizing that Doha had informed Tehran through Al-Thani about a proposal to increase this to as high as $5 billion per year.