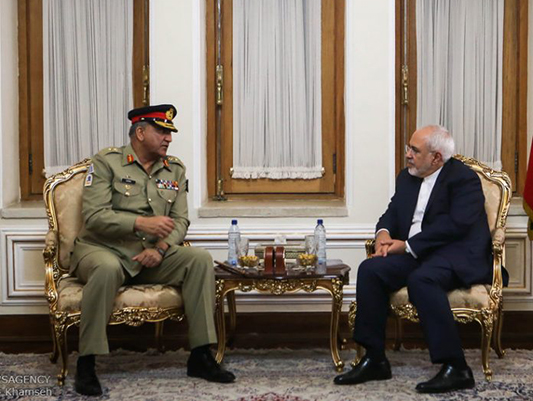 In a Monday meeting at the Iranian Foreign Ministry building in Tehran, the two sides discussed a wide range of issues in different fields, particularly political, economic, security, and border security cooperation, as well as fight against drug trafficking, terrorism and extremism.

In this meeting, FM Zarif expressed the readiness of the Islamic Republic of Iran to export electricity and gas to Pakistan.

The two sides also touched upon the unity of the Muslim world and the vigilance of the Muslim countries to neutralize the plots to create divisions among them.

Zarif and the Pakistani General further exchanged views on regional and international issues as well.