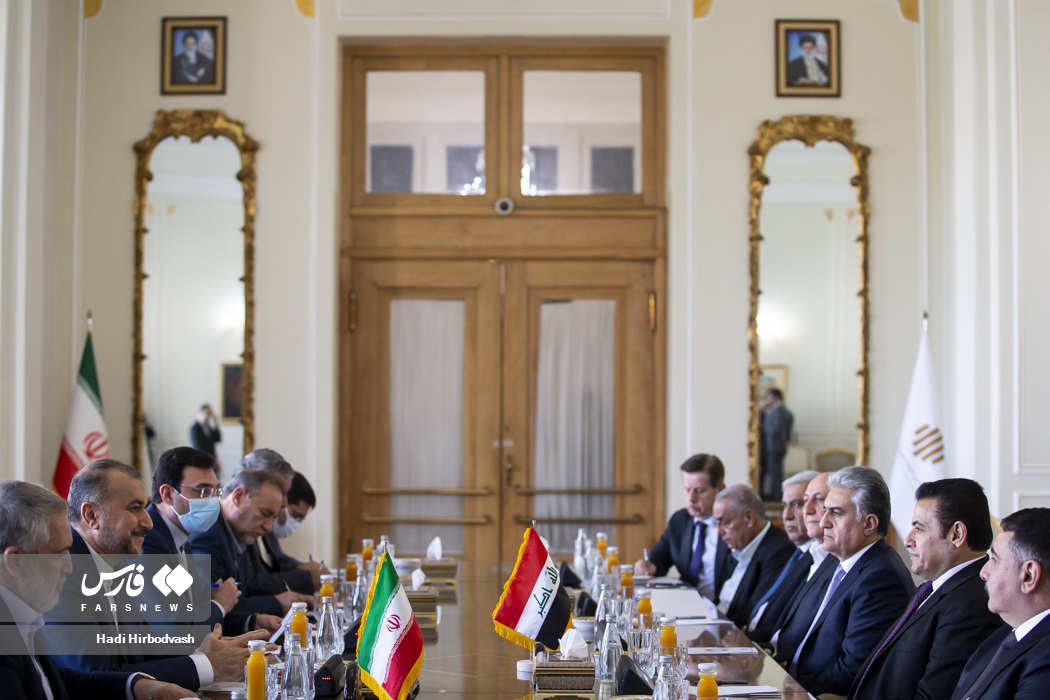 The Iranian foreign minister has called on neighboring Iraq to deal with the terror groups in the Iraqi Kurdistan region, saying the region should not turn into a haven for them to act against Iran’s security.

Foreign Minister Hossein Amirabdollahian raised the issue in a Saturday meeting with the visiting Secretary of the Supreme Security Council of Iraq Qasim al-Araji in Tehran.

In the meeting, the Iranian foreign minister pointed to the expanding relations between Tehran and Baghdad in all fields and emphasized on the cooperation of the two countries in the field of security, including the need to deal with armed terrorists from the Iraqi Kurdistan region.

He added, “Considering the good relations between the Islamic Republic of Iran and the Republic of Iraq, we do not expect the Kurdistan Region of Iraq to be a haven for terrorist acts and a threat against Iran.”

Amirabdollahian also added, “We have always wanted a prosperous, free and independent Iraq and we want nothing but good for the Iraqi government and nation, but we will not tolerate the continued armed presence of terrorists in the Kurdistan region and their actions against Iran’s security.”

For his part, the secretary of the Iraqi Security Council said, “The Iraqi Constitution does not allow the activities of people and movements that threaten the neighbors.”

Araji assured that any anti-security measure against Iran will be met with an action by the central government and the regional Kurdish government, and that Iraq considers Iran’s security as its own.

Iran’s Islamic Revolution Guard Corps (IRGC) has in the recent past pounded the positions of anti-Iran groups in the northern Iraqi region of Kurdistan.

General Bagheri added Iran will not tolerate the presence of 3000 armed forces equipped with bombs behind its borders and will confront them.