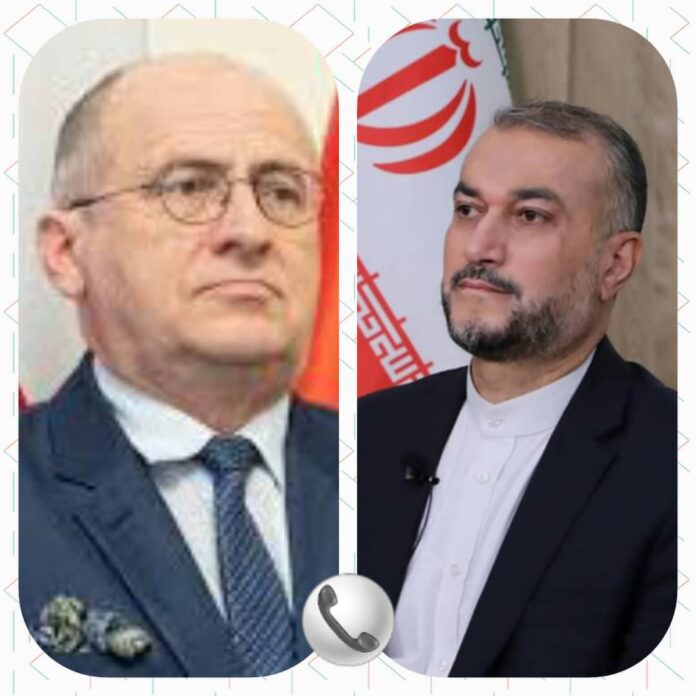 The Iranian foreign minister says the active participation of Iran in the forthcoming nuclear talks is aimed at lifting illegal sanctions against the Islamic Republic.

Hossein Amir Abdollahian, in a phone conversation with his Polish counterpart Zbigniew Rau, stressed that all parties have reached a common understanding that the United States is the main culprit behind the current situation regarding the Iran nuclear deal.

Rau and Amir Abdollahian also held talks over the Tehran-Warsaw ties as well as regional and international developments in the telephone conversation. Rau referred to the historical relations between Iran and Poland, especially the Iranian people offering humanitarian hospitality to Polish immigrants during World War II. The Polish Foreign Minister described the ties with Iran as an honor for both sides, saying next year Poland will hold a special ceremony to mark the 80th anniversary of this historic event.

Amir Abdollahian also described the existence of a set of positive attitudes between the people of the two countries in the long-standing relations as important. He also announced Iran’s readiness to hold a joint ceremony to mark the 80th anniversary of the Iranians’ hosting of Polish citizens.

The Iranian Foreign Minister appreciated the donation of one million doses of Covid vaccine by Poland as an example of human relations between the two countries. He spoke of the situation of vaccination and vaccine production and also the covering of more than 4 million Afghan refugees in Iran despite inhumane sanctions against the country. Amir Abdollahian said Iran welcomes any initiative by other countries, especially Poland, to help the refugees and the people of Afghanistan who are not in a good situation these days.

Referring to the humanitarian crisis in Yemen and Iran’s support for peace there, Amir Abdollahian stressed that the Yemeni crisis has no military solution and that the humanitarian blockade of the country must be lifted and the war must end.

The Polish foreign minister also reviewed bilateral relations from political, cultural and economic aspects and said his country is determined to further enhance ties with Iran.

He also thanked and supported Iran for its actions regarding Afghan refugees and addressed the illegal immigration crisis on Poland’s borders.

In this regard, Iran’s foreign minister referred to a number of Iranians who, under the influence of illegal actions by some human trafficking networks, travel to Belarus and from there illegally seek to enter Poland. Amir Abdollahian expressed concern over the situation of the Iranians and stressed that by sending the Iranian Deputy Foreign Minister for consular affairs to the region, Iran managed to repatriate a number of wandering nationals stranded on the border between Belarus and Poland.

The two sides stressed that they will continue working together to resolve the issue.

It should be noted that in this telephone call, Amir Abdollahian extended the Iranian president’s warm greetings to the Polish president and also invited Poland’s foreign minister to visit Tehran.