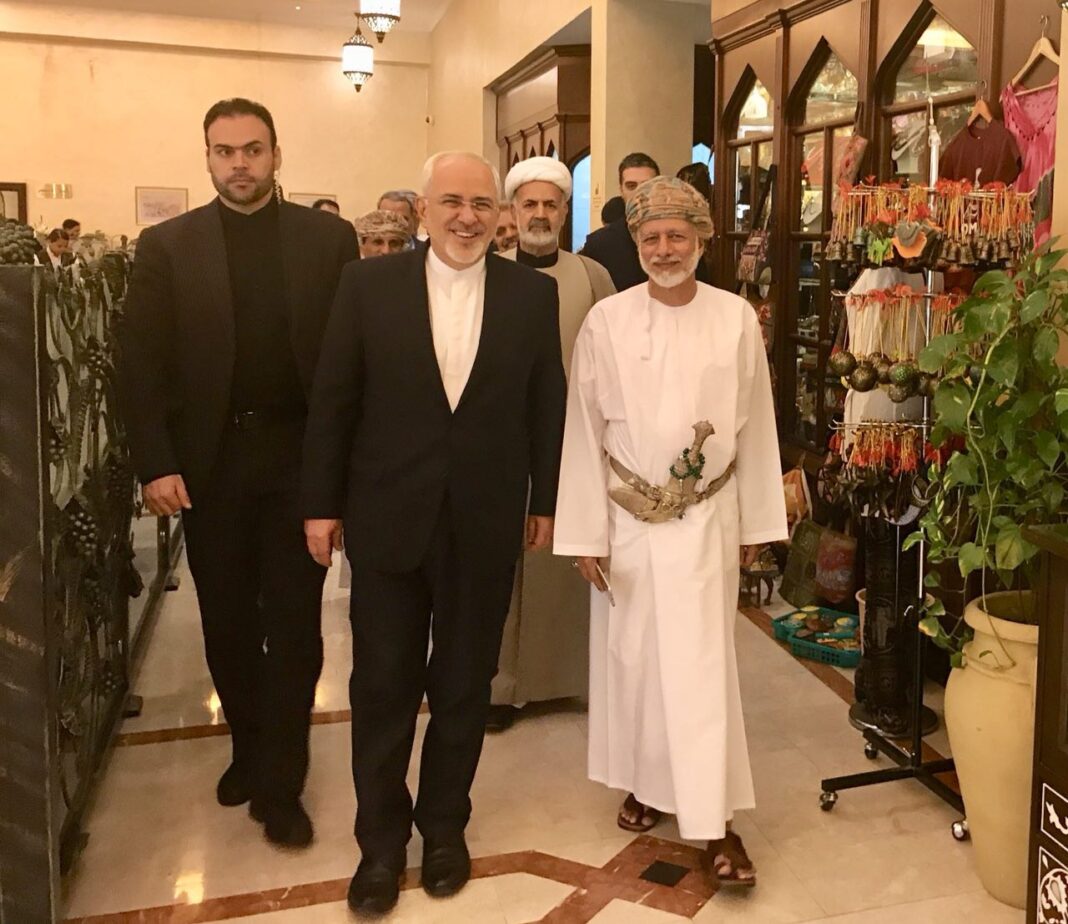 Iran’s Foreign Minister Mohammad Javad Zarif, while in Muscat on the first leg of his regional tour, held separate meetings with top Omani officials and discussed regional issues with them on Monday.

In a Monday meeting, Zarif held consultations with Oman’s Sultan Qaboos during his one-day visit to Muscat.
During the meeting, Zarif and Sultan Qaboos underlined the need for all-out development of Tehran-Muscat reciprocal relations.
Zarif hailed the ‘strong’ ties between the two neighbouring states, and praised Oman’s constructive role and the prudence of Sultan Qaboos on regional issues. 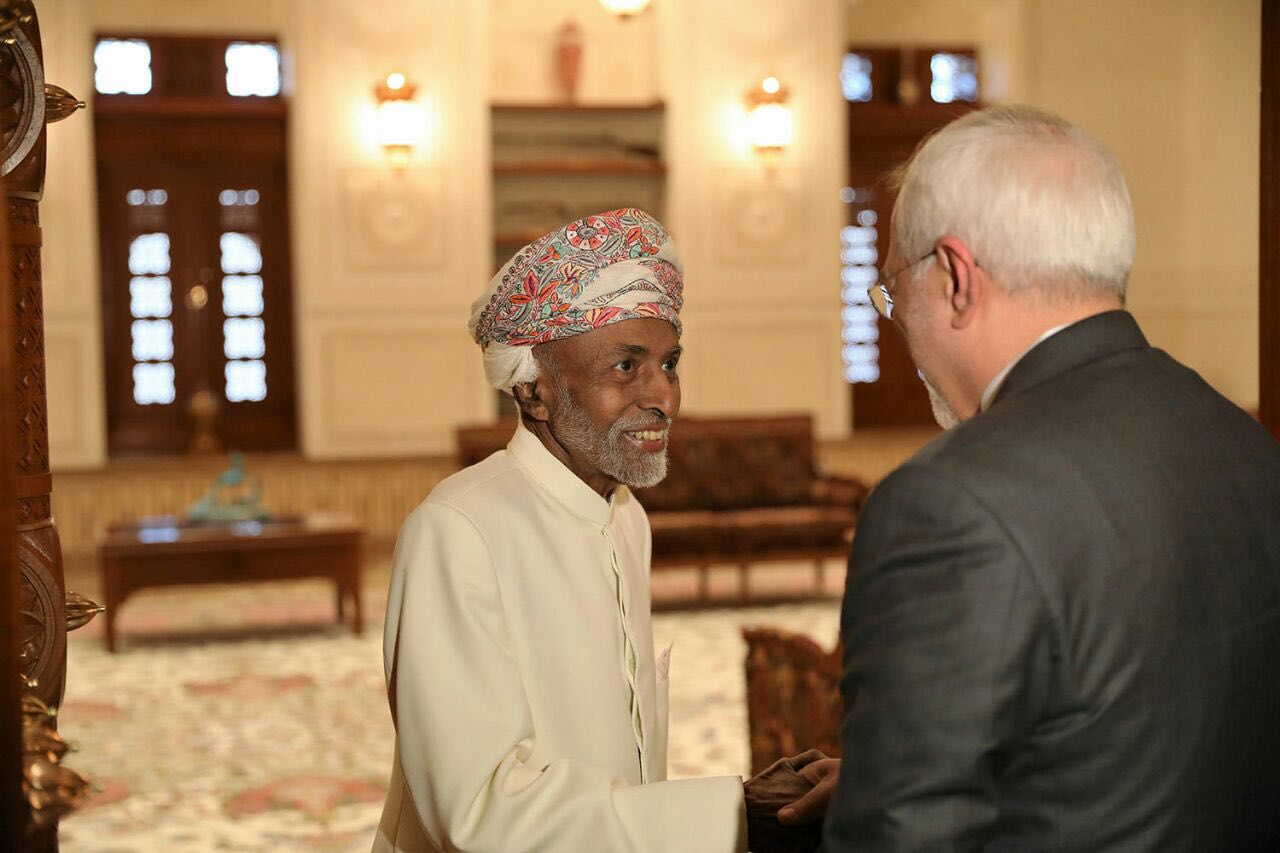 Earlier in the day, Zarif also met Yusuf bin Alawi bin Abdallah, the minister responsible for foreign affairs, upon his arrival in Muscat.
Topics of discussion included the development of bilateral relations, cooperation in banking, oil and gas sectors, and also the latest developments in the region, including Iraqi Kurdistan’s Independence referendum and its impact on regional developments.
In an interview with E’temad daily correspondent in Muscat, Zarif said, “As for the issue of Iraqi Kurdistan, Oman has a very similar position to Iran. In fact, there is a consensus on this issue at the international level. There is no country in the world that supports holding a referendum in Kurdistan. Oman has a completely similar position to the Islamic Republic of Iran and the need for the preservation of territorial integrity of Iraq, the observance of the first principle of Iraq’s constitution, i.e. the national unity and territorial integrity of the country, were emphasized by the sultanate officials.”
In response to a question about the fate of the JCPOA, he said “the statements I made in New York showed that almost all the countries, including five countries of the P5 + 1, the European Union and other international community governments, all throw their weight behind the JCPOA and its implementation stressing that this deal is non-negotiable.”
“In a conversation with the President of the United Nations General Assembly, he emphasized that in almost all 190 statements made at the UN General Assembly this year, one of the six topics that was almost stressed was their support for the deal and the non-negotiability of the JCPOA,” Zarif added.
“We have repeatedly stated that the Islamic Republic of Iran has several choices. This as it is our preference to see all the parties abide by the JCPOA. The Islamic Republic of Iran has repeatedly stated that it will not be the first country to violate the deal.”
Zarif also told reporters that relations between the Islamic Republic of Iran and Oman are “exemplary”.
“We have good ties with Oman in the field of political and regional dialogue. We have also held talks that are necessary for the security of the region, as well as talks on bilateral economic relations, in the field of transportation and energy,” he underlined.
About the goals of his trip to Oman and Qatar he stated that “my short trip to Oman and Qatar, is to hold meetings on regional issues, regional crises, as well as on economic and trade relations.”
On the topics discussed during bilateral talks with Omani officials Zarif said, “one of the things debated in this trip was the issue of the gas pipeline to Oman. Banking cooperation between the two countries that has begun in recent years next to the issue of travel of nationals of the two countries were among the most important matters we talked about.”
After his meetings with Omani officials Iranian foreign minister left Muscat for the Qatari capital Doha. His visit to Qatar comes as four Arab nations are boycotting Doha over its alleged support for extremists and what they say are Qatar’s overly warm ties with Iran.