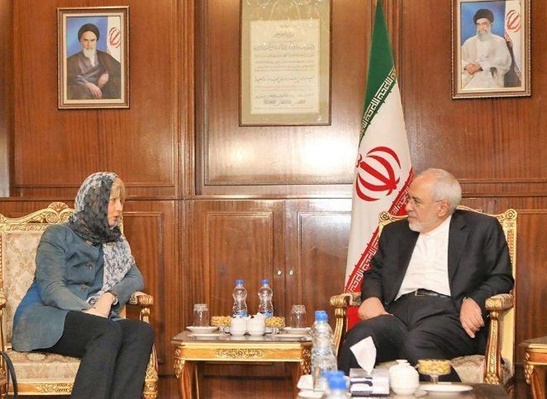 Arriving in Tehran at the top of a high-ranking European delegation to take part in the third round of political talks between Iran and the European Union, Schmid sat for talks with Iranian foreign minister on Sunday.

During the meeting, Schmid first briefed Zarif on her talks in Tehran. Then the two sides discussed the general political situation in the regional states including Syria, Yemen, Qatar and Lebanon and stressed the need for continuation of political talks between Iran and the European bloc to cope with the current political challenges in the region.

The Joint Comprehensive Plan of Action (JCPOA) was among other issues discussed by the two officials. Schmid reiterated the general stance of the EU towards the nuclear deal saying all members of the union call for the full implementation of the deal between Iran and world powers.

For his part, Iranian foreign minister expressed Tehran’s interest in continuation of talks and exchange of views with the European Union in various fields.