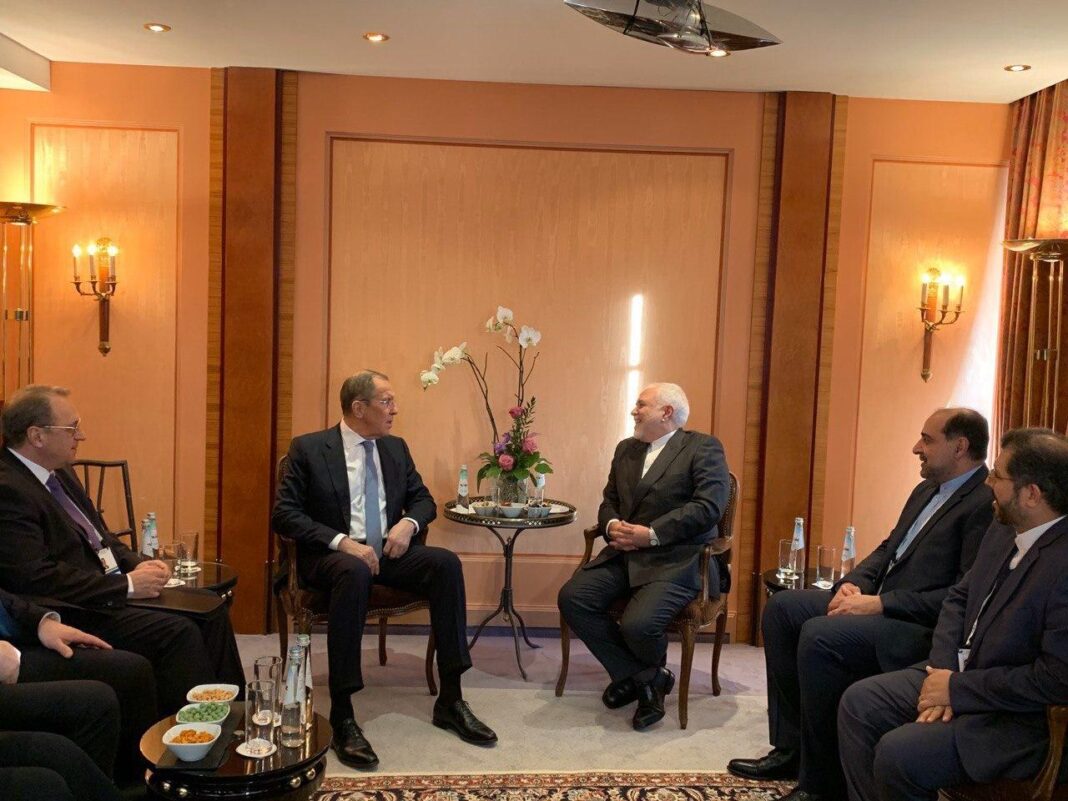 Iranian Foreign Minister Mohammad Javad Zarif has held separate meetings with his Russian and Turkish counterparts, Sergei Lavrov and Mevlut Cavusoglu, respectively, to discussed a range of issues including the latest developments in Syria.

In the Saturday meeting with Lavrov, which was held on the sidelines of the Munich Security Conference in Germany, the two sides discussed the issue of Idlib province in northern Syria.

Development of bilateral relations, and issues related to the JCPOA were on the agenda of talks as well.

In a separate meeting, Zarif and Çavuşoğlu talked about the US actions in the region and Iraq,

They also weighed in on ways to expand Iran-Turkey ties.

Developments in Syria were another issue discussed by Zarif and Çavuşoğlu during this meeting.