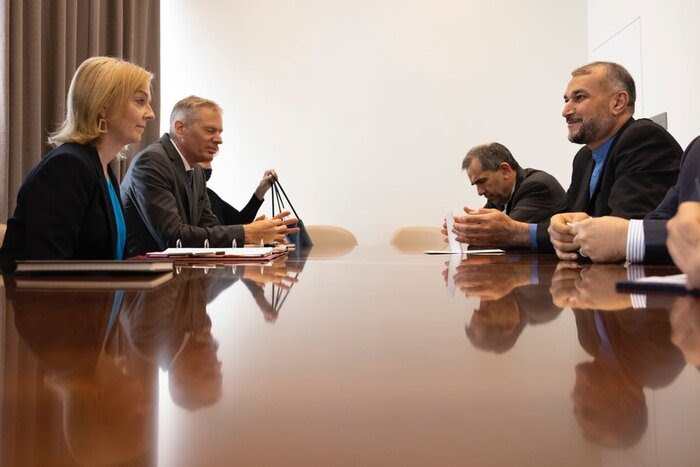 Iran's Foreign Minister Hossein Amirabdollahian has told Britain's new Foreign Secretary Elizabeth Truss that Iran has heard many words and promises in the 2015 nuclear deal, but has not seen any action.

“Unfortunately, Britain is also part of this inaction, and this approach must change”, Amirabdollahian said during the meeting on the sidelines of the UN General Assembly in New York.

He said the U.S. government, with the silence and support of Europe, continues to enforce its illegal sanctions, and at the same time claims that it wants to return to the JCPOA.

“This is a clear contradiction that is being carefully observed by the Iranian people. For the current Iranian administration the assessment standard is measurable actions by the parties to the JCPOA not their words”, the top Iranian diplomat noted.

The Iranian foreign minister also said during this meeting that mending bilateral ties between Iran and Britain requires serious measures, stressing the necessity of repayment of Britain’s four-decade-old debts to Iran.

The British foreign secretary stated that her country is ready to repay its debts to Iran.

Referring to the nuclear deal, Elizabeth Truss said the main issue now is the attention of all parties to the timing of the resumption of the negotiations process.