Iran Files Lawsuit against US over Unilateral Sanctions 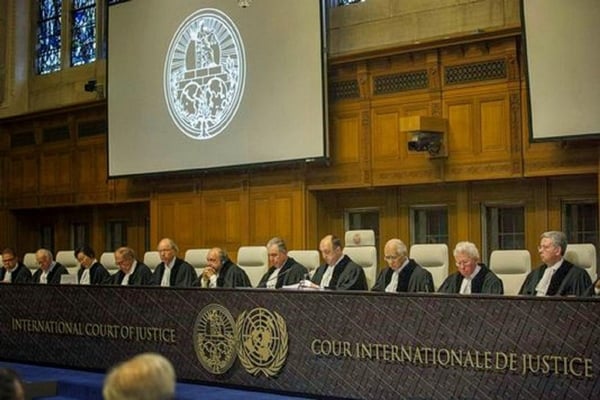 Iranian Foreign Minister Mohammad Javad Zarif says the country has officially filed a lawsuit against the US in the International Court of Justice (ICJ) over the unilateral sanctions Washington re-imposed against the Islamic Republic.

“Today Iran filed a complaint at the International Court of Justice to hold US accountable for its unlawful re-imposition of unilateral sanctions,” Zarif said in a Monday tweet.

“Iran is committed to the rule of law in the face of the US’ contempt for diplomacy & legal obligations,” he noted.

“It’s imperative to counter its habit of violating int’l law,” he added.

The lawsuit comes in reaction to US President Donald Trump’s vow to reinstate the US nuclear sanctions on Iran and impose “the highest level” of economic bans on the Islamic Republic.

Under the JCPOA, Iran undertook to put limits on its nuclear program in exchange for the removal of nuclear-related sanctions imposed against Tehran. An absolute majority of world countries consider the US move to be illegal and in violation of the Security Council resolution and international regulations.

The United Nations and the European Union, which had coordinated the talks leading to the agreement, and the rest of the JCPOA’s signatories all warned Washington against taking the move, calling the deal pivotal to regional and international peace and security.

The US is also pushing its allies to cut Iran oil purchase to zero by November. The US says the countries purchasing oil from Iran should prepare themselves to completely stop the Iranian crude imports by November as Washington re-imposes sanctions against Tehran.