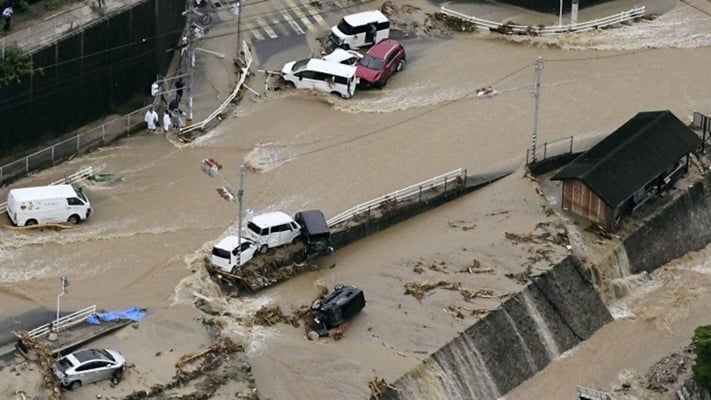 Iranian Foreign Ministry Spokesman Bahram Qassemi has expressed deep regret over the recent deluges and landslides in Japan, which left dozens of people dead and missing.

In a statement on Sunday, Qassemi offered sympathy to the Japanese nation and government, and the bereaved families of the tragic incident’s victims.

Flooding and landslides have killed at least 60 people and left dozens missing in western areas of Japan.

Most of the deaths have occurred in Hiroshima prefecture, which has been hit by torrential rain since Thursday. Hundreds of homes have been damaged.

About 1.5 million people have been ordered to leave their homes and three million more advised to do so.

Authorities say it could potentially be the worst weather disaster Japan has seen in decades.

Prime Minister Shinzo Abe said the authorities were facing a “race against time” to save and evacuate people.

Thousands of police, firefighters and soldiers are taking part in search-and-rescue operations.

Some of the victims have been buried alive by landslides, Japan’s Kyodo news agency reports.