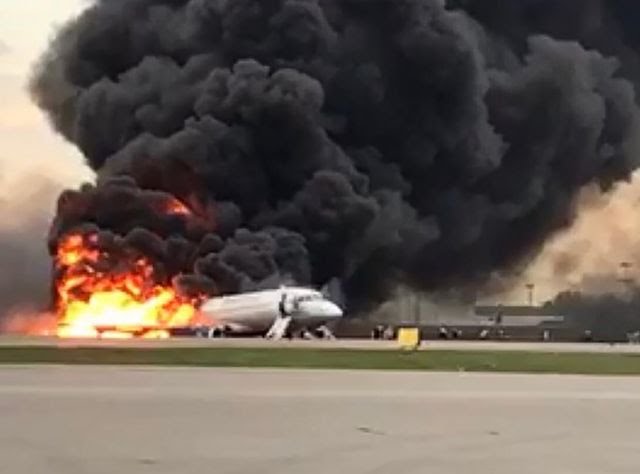 In a Monday statement, Mousavi offered condolences to the Russian nation and government, especially the families of the victims of the tragic incident, and sympathized with them.

At least 40 have died after a Russian plane caught fire during an emergency landing at Moscow’s busiest airport as flames and thick black smoke poured from the fuselage, Russian news agencies reported.

Only “37 out of 78 survived” the Superjet-100 crash-landing and fire, RT quoted investigators as saying.

Leaked security camera footage shows the ill-fated landing attempt of Sukhoi Superjet-100 at Moscow’s Sheremetyevo Airport. The jet bounces and then smacks into the tarmac, rupturing its undercarriage and bursting into a fireball.

The alleged footage of the crash-landing was captured by an airport security video camera and uploaded to Telegram channel Baza. It shows the aircraft attempting to land at speed, but then bouncing off the runway. Another touchdown attempt is made seconds later, but the plane’s undercarriage apparently collapses, smashing its engines and triggering a massive fireball.