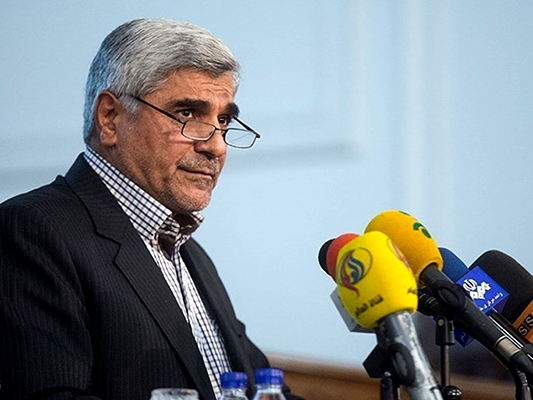 Iranian science minister says the country is currently implementing 230 joint research projects in cooperation with European countries thanks to the improved international relations following the nuclear deal between Tehran and world powers.

Iranian Minister of Science, Research and Technology Mohammad Farhadi declared 230 joint research project, with an investment of several million euros, are being carried out by Iran and a number of European countries, which is indicative of the breakthrough in Iran’s foreign relations following the signing of the nuclear deal, also known as the Joint Comprehensive Plan of Action (JCPOA), between Iran and the six world powers.

According to a Farsi report by IRNA, Farhadi noted that the projects are in the fields of water crisis management, wastewater treatment, protection of the environment, development of aerospace technologies, generation of renewable energies and cognitive sciences.

He made the remarks on the sidelines of the closing ceremony of the Second National Festival and International Congress on Stem Cell and Regenerative Medicine (Mashhad Stem Cells – 2017) in Mashhad, northeastern Iran, on Friday (April 21).

He said a number of agreements have also been reached with other countries in the fields of improving education as well as research methods and approaches used in Iranian universities and higher education centres.

He said the field of science and research in Iran has been highly impacted by the breakthroughs in the country’s foreign policies thanks to the efforts by the Iranian President Hassan Rouhani’s administration in the past few years. 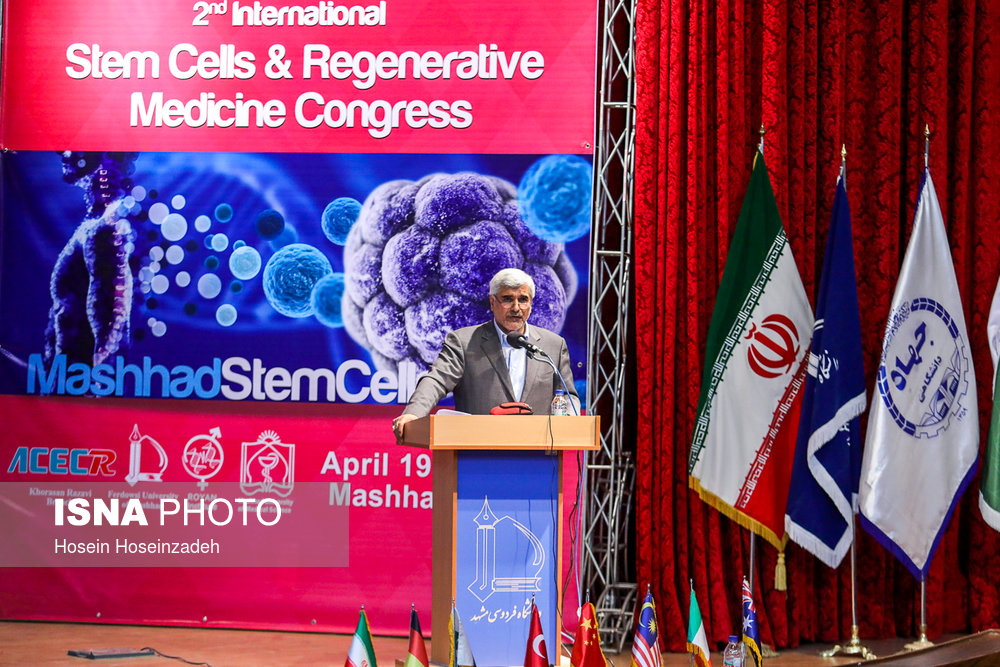 Currently, Farhadi added, an average of 10 scientific teams from universities and scientific and research centres around the world travel to Iran per week.

“Every week, around 8-10 scientific delegations are dispatched from Iran to other countries as well. Such connections and relations prepare the ground for the increased exchange of knowledge and science and expanded scientific cooperation [between Iran’s and other countries’ science and research communities].”

Farhadi added holding joint education courses is also among the moves and measures made by the incumbent government.

There has also been a growth in the number of research opportunities offered by Iranian universities to foreign students and vice versa in this government, he said.

In the past Iranian calendar year, which ended in mid-March 2017, more than 1,000 Iranian students were sent to other countries to use research opportunities provided by leading international universities, he stressed.

“Such connections will help increase exchange of science, knowledge and technology as well as production of joint products.”

Since the beginning of President Rouhani’s term in office, Iran has also initiated interdisciplinary and multidisciplinary cooperation with South Korean, Dutch, German, French and Austrian universities, which has been fostered, particularly following the going into effect of the JCPOA, he noted.

Commenting on the designation of the new Iranian year (started March 21) as the “Year of Resistance Economy: Production and Employment” by the Leader of the Islamic Revolution Ayatollah Seyyed Ali Khamenei, he said a number of projects are underway to achieve the resistance economy’s targets including establishing a closer connection with domestic industries, increasing the number of and developing entrepreneurial universities and encouraging domestic universities towards becoming more mission-oriented.

He added his ministry will submit the final draft of a project to promote skill-based education to the secretariat of the Headquarters of the Resistance Economy by July 22.

“A number of the country’s nonprofit and nongovernmental institutes have also experienced a significant growth and are now on a par with the country’s universities in terms of scientific level. They have also initiated favourable international scientific collaborations. Some of them have an effective presence in the country’s business incubators and Science and Technology parks. Astan Quds Razavi [an autonomous charitable foundation in Khorasan Razavi province] has done a great job to that end by establishing the country’s biggest science and technology park in the province.”

Currently, he said, 39 science and technology parks are operational in the field of producing knowledge and knowledge-based products in Iran, adding two other parks will soon begin operation.