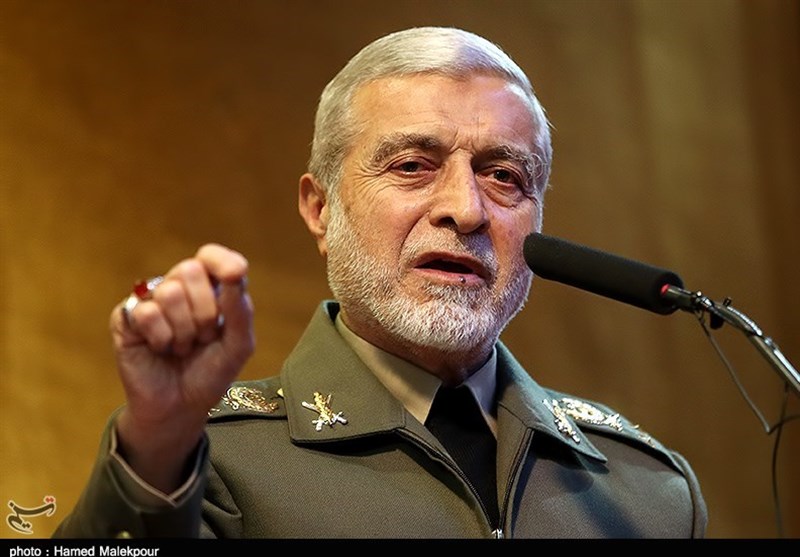 Iran sees the ISIS terrorists as ‘wild dogs’ whose eradication is a piece of cake for the Islamic Republic’s armed forces, an Iranian military commander said.

Speaking on the sidelines of a visit to Iran’s western borders, Army Commander Major General Ataollah Salehi said Tehran views ISIS militants as wild dogs that can be eradicated easily.

He went further describing the presence of the Iranian forces along the western borders with Iraq as strong and said the main aim of the troops’ deployment was not only defending the country but also hunting “the wild dogs” of ISIS.

The Iranian commander stressed that Tehran would also give a crushing response to the masters of ISIS terrorists.

Major General Salehi said nothing could threaten Iran’s western borders, adding, “The Army will eliminate any threat along the borders.”

He dismissed as baseless any reports on the presence of terrorist groups along the western borders of Iran, saying no terrorist dares to advance towards Iranian border as long as the army is present there.