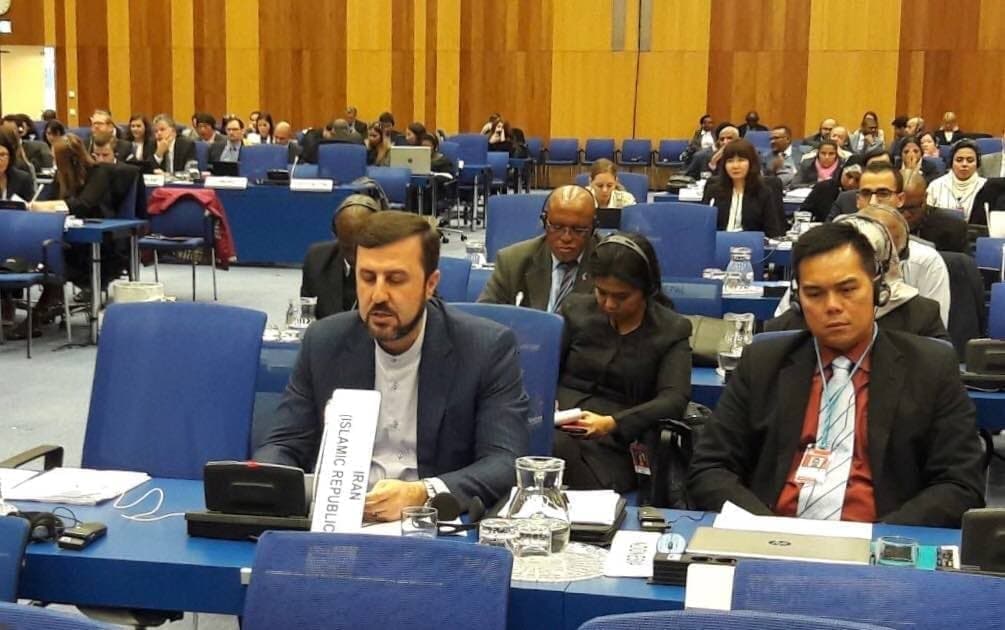 Iran’s permanent mission to the United Nations and other international organizations in Vienna says all countries must have the right to access to outer space.

During the 64th Annual Meeting of the Committee for the Peaceful Use of Outer Space (COPUOS), Kazem Gharibabadi said the Islamic Republic of Iran is committed to the peaceful use and exploration of outer space.
He stressed that all countries must have equal access to space, without discrimination and regardless of their level of scientific, technical and economic progress.
The Iranian diplomat added that countries must not occupy outer space, including the moon and other astronomical objects with the claims of sovereignty, use, occupation, or any other excuses.
“The civilian nature of outer space has to be preserved and the installation of any weapon in space must be prevented. The space ought to be used as a common heritage of humanity for peaceful purposes.”
Referring to the plans of several private companies to run satellite networks in near-Earth orbit for global access to the Internet, he said “While these satellites offer the prospect of more efficient and inclusive global Internet access, they run the risk of occupying a large portion of near-Earth orbit, leading to major deprivation of the developing countries of space exploration.”
According to Union of Concerned Scientists, a US-based science advocacy organization, there are over 6,500 satellites, out of which more than 3,300 are active and the rest are inactive, as recorded by January, 2021.