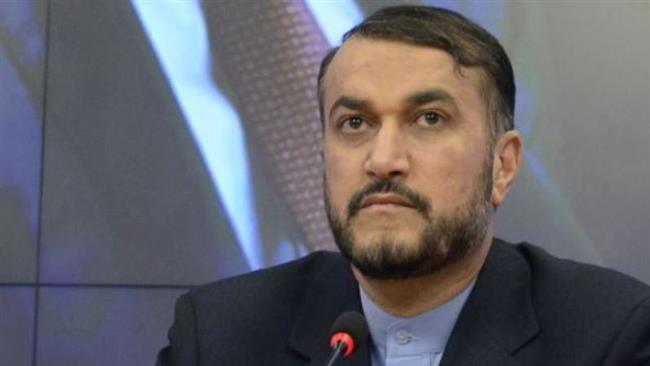 A senior Iranian diplomat says Iran and Egypt share common ground with regard to opposing any act of terror in the Middle East, particularly in Syria and Iraq.

Iran’s Deputy Foreign Minister for Arab and African Affairs Hossein Amir Abdollahian made the remarks in a Sunday meeting with Egyptian President Abdel Fattah el-Sisi on the sidelines of the 24th Summit of the African Union (AU) in Addis Ababa, Ethiopia, IRNA reported.

At least two children were killed in Egypt’s Sinai Peninsula on Friday, a day after at least 44 people were killed and dozens of others injured in a series of militant attacks across the volatile region.

The latest fatalities come as a massive car bomb on Thursday detonated outside the headquarters of the 101st Brigade of the Egyptian army in the city of el-Arish, situated 344 kilometers (214 miles) northeast of the capital, Cairo, late on Thursday, leaving scores of people dead and wounded.

Separately, an office of Egypt’s most-widely-circulated daily, al-Ahram, was “completely destroyed” in an assault by gunmen on Thursday.

Two Egyptian army officers were also injured when an army convoy was targeted with mortar shells in the border town of Rafah on the same day.

Over an hour later, there were reports of another ambush on an army convoy just south of Rafah. Gunmen also reportedly attacked a checkpoint in Rafah.

Meanwhile, Iranian Foreign Minister Mohammad Javad Zarif embarked on a diplomatic tour to East Africa in what is seen as the beginning of a new chapter in Tehran’s ties with African countries. He is now in Kenya on the first leg of the tour that will also take him to Uganda, Burundi and Tanzania.