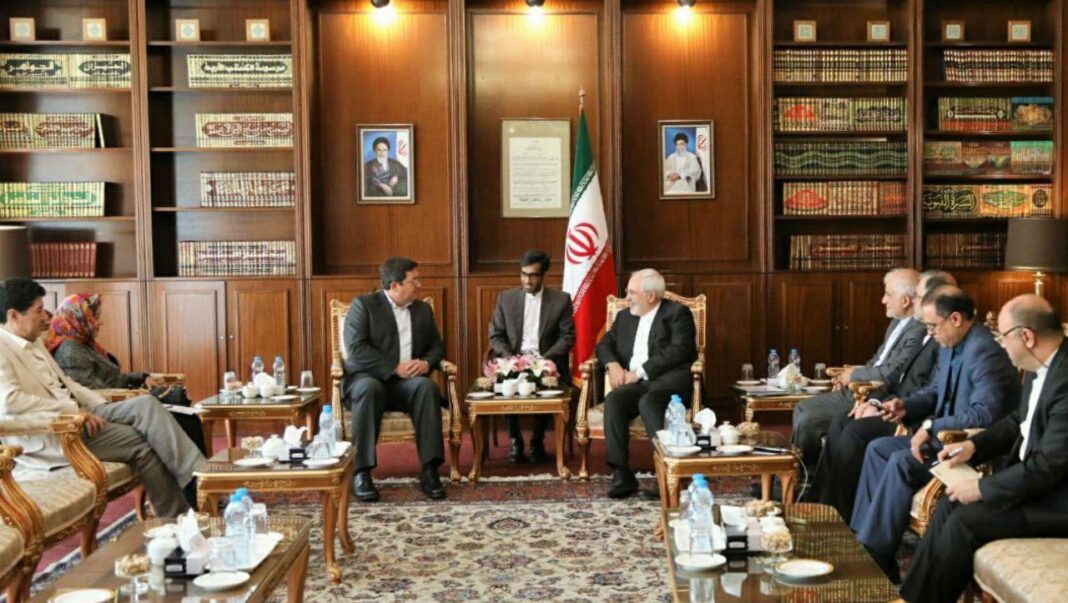 During the Friday meeting held in Tehran, Caesar Navas expressed his satisfaction of being in Iran, saying he is conveying the warm wishes of the Ecuadorian president.

“I am pleased to say that after your visit to Ecuador, the two countries are expanding their ties. We have opened a business office in Tehran and are interested in cooperating with you in various fields,” the Ecuadorian official told Zarif.

Zarif, for his part, referred to his visit to the South American country along with delegations from Iran’s public and private economic sectors, and said, “There exists good potentials for bilateral cooperation in such fields as housing, technology, energy and banking.”

The Iranian foreign minister also stressed the importance of mutual cooperation in all areas including economic, security, multilateral and international ones.

The two sides also emphasized the exchange of experience in fight against drug trafficking and providing education in this regard. They also discussed regional developments, underlining that the issues in the region have to be resolved by the regional countries.

The meeting was also attended by the Ecuadorian deputy minister of foreign affairs.