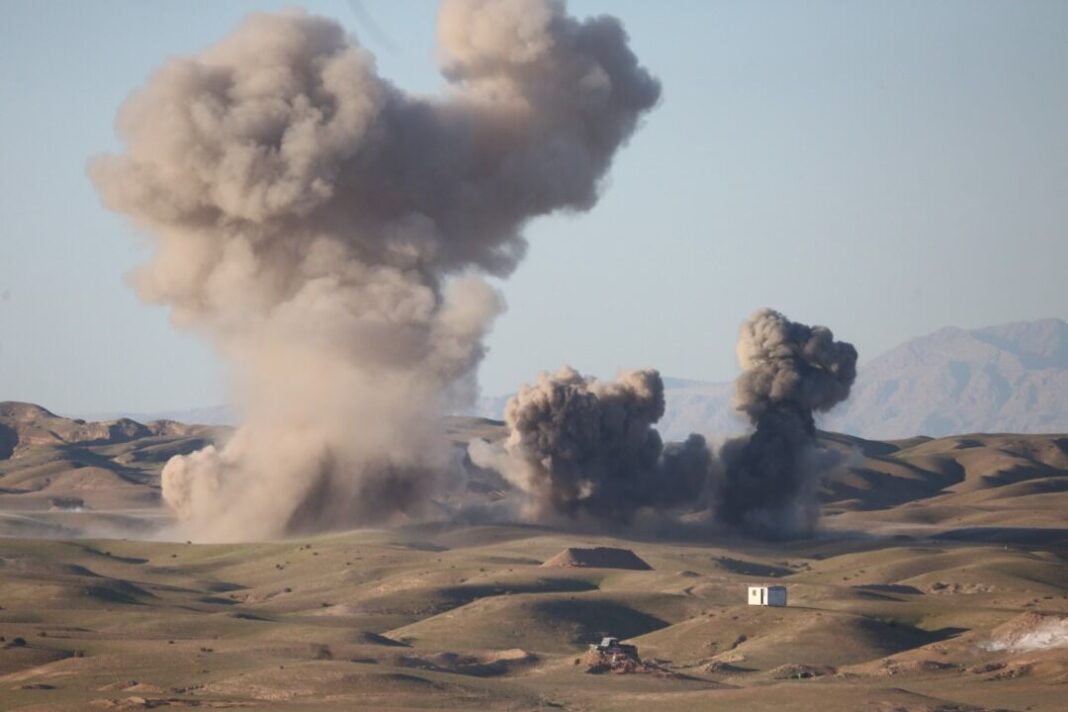 Precision-strike assault drones destroy moving and stationary targets on land and sea during the second day of the military drills by Iran’s Islamic Revolution Guards Corps.

The drills, codenamed Great Prophet (PBUH) 17, also saw the IRGC hit the enemy targets, including vessels, bases and facilities, with ballistic missiles.
In this phase of the exercises, surface-to-surface missiles were used to hit the targets.
The forces also destroyed marine targets of the mock enemy with surface-to-surface missiles from the shorelines.
That was part of a scenario to practice defense of the shores in the area of the drills, including against heliborne operations.
The exercises, which began on Monday, cover the Persian Gulf and the Strait of Hormuz and the three littoral Iranian provinces of Khouzestan, Bushehr and Hormozgan.