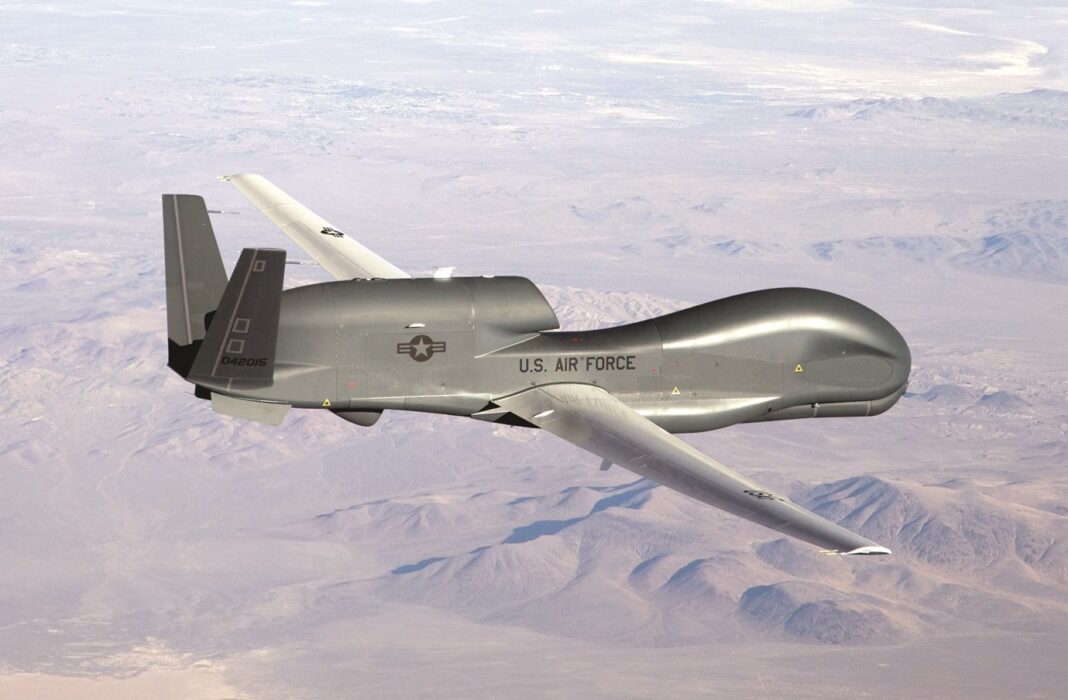 There are reports that the air defence of Iran's IRGC Aerospace Force has shot down a US RQ-4 drone close to the Iranian province of Hormozgan in Persian Gulf shores.

The US Global Hawk (RQ-4) drone was shot down on Thursday morning in an area close to Kuhmobarak village in Iran’s Hormozgan province, near the Persian Gulf waters, Sepah News Agency reported.

The drone had reportedly trespassed into the Iranian territory when it was shot down.

The shoot-down of the spy drone was later confirmed by the IRGC Public Relations Department.

Ali Shamkhani, Secretary of Iran’s Supreme National Security Council (SNSC), said on the sidelines of a security summit in Moscow on Wednesday that for Iran its airspace was the “red line.”

“We have repeated time and again that we will use all in our power to defend the maritime and aerial borders of our homeland,” he said.

“It doesn’t matter which country’s aircraft have breached it,” he said. “We will always give the intruders a crushing response.”

Meanwhile, Chairman of Parliament’s National Security and Foreign Policy Commission, Heshmatollah Falahatpisheh said Tehran must file legal action at the United Nations against the US for violating its airspace.

The lawmaker said flying the spy drone over Iran was an extension of America’s recent moves in sending warships to the region in the form of an apparent “war posture.”

US says drone was downed in international airspace

An unnamed American military official confirmed to the media that a US drone had been indeed targeted near Iran but claimed that the unmanned aircraft never entered Iranian airspace.

Locas Tomlinson, a Fox News correspondent, also quoted an American official as saying that the MQ-4C Triton drone (a slightly modified Global Hawk variant) was downed by an Iranian surface-to-air missile in the “international airspace” over the Strait of Hormuz.