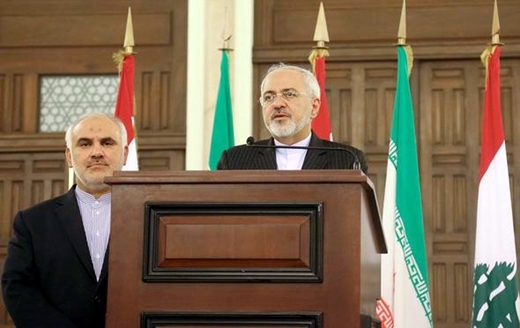 Iran’s embassy in Beirut has said that the election of a president is a domestic issue of Lebanon and has nothing to do with other nations.

The Iranian embassy in Beirut has rejected misquotation by two Lebanese papers of Foreign Minister Zarif’s remarks on the election of a Lebanese president, asking them to observe the professional code of conduct and stop disseminating misinformation.

The Islamic Republic News Agency (IRNA) on Monday released a report on a statement Iran’s embassy issued in reaction to claims by An-Nahar Newspaper and Al-Mustaqbal, the mouthpiece for the Future Movement led by Saad Hariri.

The two papers had attributed remarks to Foreign Minister Mohammad Javad Zarif showing that Iran was meddling in Lebanon’s political processes to elect a president. The following is the translation of the report:

The Iranian diplomatic mission has in a statement rejected as unprofessional claims by the two Lebanese papers and offered the following explanation to let the Lebanese people in on what really happened during Zarif’s recent trip to the Middle Eastern country.

When FM Zarif was saying good-bye at the end of his Lebanon trip, a reporter with An-Nahar asked to take a photo with him. He then told the Iranian top diplomat that Iran should help Lebanon with election of a president. Mr. Zarif replied that the Islamic Republic of Iran respects the political trend in Lebanon and stressed the need for the Lebanese to reach an agreement on the speedy election of a president.

The Iranian embassy has dismissed as extremely unprofessional the release of untrue reports in certain Lebanese media outlets and said that the Islamic Republic of Iran abides by the principle of non-interference in the internal affairs of other nations and once again underlines that the election of Lebanon’s president is a domestic issue of that county and should be settled far from foreign interference and based on people’s will.

It went on to say that Iran will never force its allies and friends to take a certain line when it comes to electing a president.

“The Islamic Republic of Iran builds on its irreversible principles of foreign policy and strategies to defend and support the axis of resistance, especially the Hezbollah movement. It also believes that Hezbollah and its secretary general – along with the army and the Lebanese people – play a key undeniable role in defending the Lebanese territory, fending off the Zionist regime’s aggression, maintaining regional stability and peace, and stemming the spread of terrorism,” it concluded. 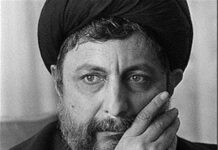