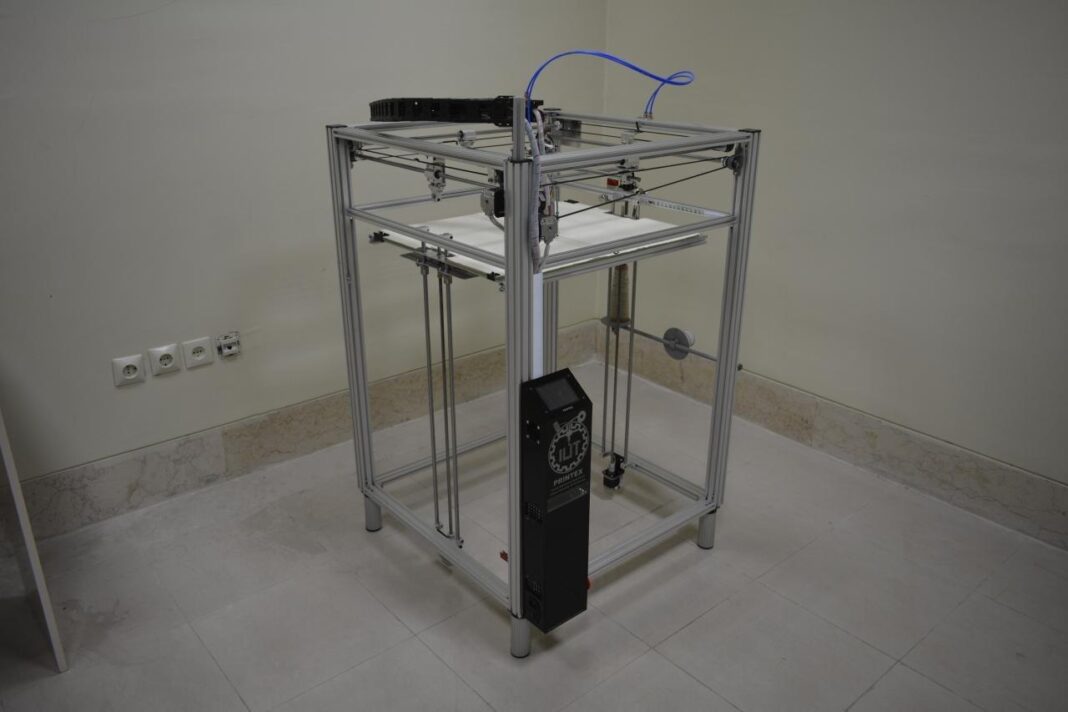 Researchers at an Iranian university have designed and built the largest 3D printer to produce fibre-reinforced composites in various industries.

A group of researchers from the faculty of textile engineering of Isfahan University of Technology have succeeded in domesticising the production technology of 3D printers equipped with simultaneous fibre supply systems.

This is the country’s largest system that uses two-layered technology to produce composite-polymer samples.

Dr Hossein Hassani, a faculty member of Isfahan University of Technology said due to the low cost, this 3D printing method is becoming one of the most important methods of manufacturing industrial parts.

However, the parts produced with this method have lower strength than other common methods, he said.

He also named some applications of this method in the production of composites, saying, “We can produce widely used parts such as artificial prostheses for the use of people with disabilities, small-scale wind turbines, and complicated parts used in industrial machines.