Iran Details Plans to Prop Up Businesses Hit by COVID-19 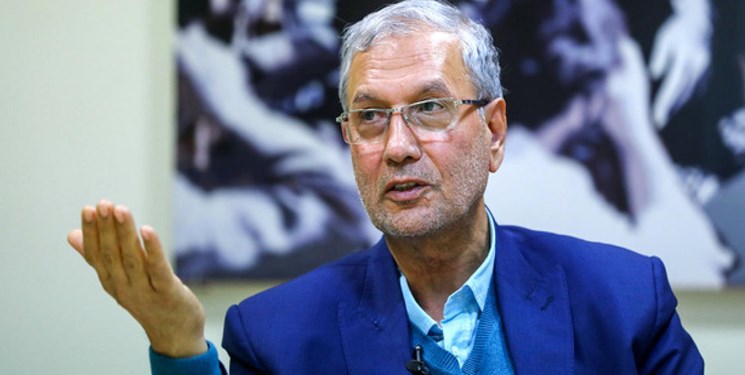 The government of Hassan Rouhani has announced details of its plans to counter the coronavirus and support businesses affected by the epidemic.

Government Spokesman Ali Rabiei made the details public in a memo the highlights of which follow.

“The Government’s Economic Task Force met at 9 am on Thursday. Two issues were discussed at the meeting. One of them was the economic fallout from the coronavirus [outbreak.] According to reports by the ILO (International Labour Organization), the average global growth will drop … and global economy will suffer $2 trillion in losses in 2020.

The coronavirus has dealt a heavy blow to the world’s dynamic and major economies. Since the outset of the outbreak, some 25 million people have been added to the unemployed across the globe. Some reports also hint at growing poverty in low-income countries. In addition to the repercussions of the coronavirus epidemic, we in Iran have been gripped by severe sanctions over the recent two years. Our economy has shrunk due to sanctions. Although we witnessed a good economic growth rate, both with and without oil, in the first quarter of 2020, our economy will definitely suffer a negative growth due to the effects of the coronavirus.

I was talking to the deputy labour minister for employment. According to him, 51% of our employed people (i.e., more than 12 million people) is related to the service sector. The agriculture sector will not suffer in the short run. In major industries, the effects will be mostly medium-term and long-term. However, the service sector will suffer the most.

… Only 1.5 million people are employed by the city and road transport sector. Also, there are around one million business units operating at the service sector. Restaurants, hotels, and even the culture, art and media sector have suffered in the short run. If not enough attention is paid and a support plan required to sustain employment is not drawn up, there is a possibility that a considerable number of workforce (up to 400,000 people) in the service sector will be made redundant.

Today, coronavirus-stricken economies in the United States and Europe and Southeast Asia have struck terror into the hearts of strong economies. Incontrovertibly, more severe effects will be experienced in Asia and the subcontinent as well as in South America and feeble economies. …

With a slump in oil prices, one of the concerns of economic authorities of the government is the effect of this drop in prices on government revenues (in addition to the fallout from the coronavirus), not to mention the US seeking to target Iran’s exports.

Therefore, the president and Cabinet economic authorities’ concern that Iran’s economy should not run aground and suffer long-term stagnation is a key and pressing issue.

Given that sanctions will bring middle-income deciles of the population down to low income ones and will decrease the purchasing power of people, especially workers and retirees, particularly the labourers paid on a daily and unofficial basis, a coronavirus-stricken economy can further deepen poverty.

A major part of the meeting of Cabinet member and its Economic Task Force these days is dedicated to drawing up plans to keep economy on its feet in the face of both sanctions and the coronavirus outbreak.

Another issue discussed was the provision of essential commodities in the Persian Year 1399 (beginning March 20, 2020). Among the issues discussed in today’s meeting was the need to keep the prices of basic goods stable in order to prevent a decrease in people’s purchasing power. … Medicines, medical equipment, agricultural produce and rubber were among the goods highlighted in the meeting.

which have arrived at our ports. Fortunately, four million tonnes of commodities needed by the country are available at ports and customs checkpoints. …

It was decided that the essential supplies which have arrived at ports be sent into the country after negotiations with importers. It was also decided that order-registered goods which have not received the required foreign currency, and goods which contribute to production and help boost domestic production, except for consumer goods such as clothing, canned fruit, etc., be cleared in the shortest time possible … .

… A key and alarming issue for all of us is to maintain employment. Workers should not be laid off. … One of the points that the president emphasized was that workers should keep working at factories. Some Rls. 5 trillion was earmarked for individuals who had to be made redundant and who were not covered by unemployment benefits.

… Another important point is that we should not allow any industrial, service and trade unit to reopen without a health protocol ….

Given the resources available in the country, measures that should be really adopted, the situation of sanctions, implementation of social-distancing plans, stopping the spread of poverty, and the necessity of keeping economy on its feed, policies should be made accordingly….”