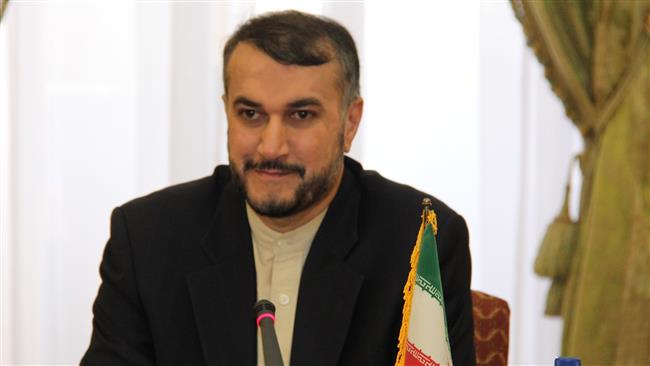 The Tel Aviv regime, not the Palestinian resistance movement, is the illegitimate and terrorist regime said the deputy foreign minister.

Iran has reacted strongly after a court in Egypt labeled the Palestinian resistance movement Hamas a “terrorist” organization.

Condemning the verdict, which was issued on Saturday by the Cairo Court of Urgent Matters, Hossein Amir Abdollahian, the Iranian deputy foreign minister for Arab and African affairs, said later in the day that “Hamas is not a terrorist organization.”

“The Tel Aviv regime is the illegitimate and terrorist regime, which is incapable in the face of the resistance, including Hamas and the Islamic Jihad (another Palestinian resistance movement),” Amir Abdollahian said.

“The Islamic Republic of Iran strongly condemns terrorism in all its forms anywhere, including in Egypt, Iraq, Syria, Yemen, Africa, and Europe,” the Iranian official also said.

Following the court’s announcement on Saturday, the Palestinian resistance group released a statement, describing the court’s decision as “shocking and dangerous”.

“The Egyptian court’s decision to list the Hamas movement as a terror organization is shocking and is dangerous, and it targets the Palestinian people and its factions of resistance,” the statement added.

The court had also claimed in a lawsuit on January 31 that the Ezzedine al-Qassam Brigades, Hamas’ military wing, was involved in recent attacks against Egypt’s security forces.

Amir Abdollahian further said, “The Muslim Brotherhood is part of the existent reality in Egypt.”

Opposing political groups and terrorists “should be distinguished by adopting a realistic perspective and any side that takes terrorist measures would be hated by the entire world.”

The Egyptian opposition party has been designated a “terrorist group”.

Brotherhood-backed Mohamed Morsi was elected president after Egypt’s 2011 revolution that led to the overthrow of former dictator, Hosni Mubarak. Morsi was later ousted in a military coup led by former head of the armed forces and current President Abdel Fattah el-Sisi in July 2013.

The Egyptian government has been cracking down on any opposition since Morsi was ousted. Sisi has been accused of leading the suppression of Morsi supporters, as hundreds of them have been killed in clashes with Egyptian security forces over the past year.