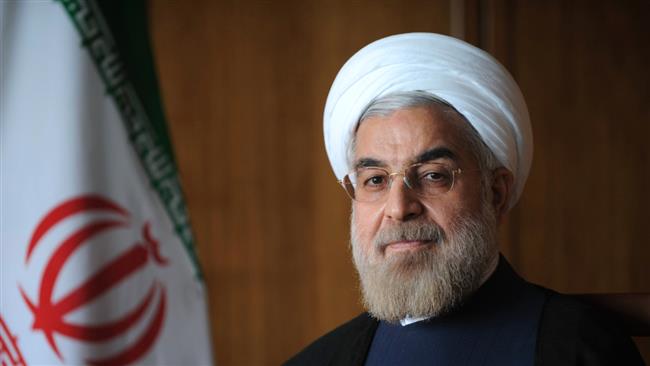 President Rouhani has said that Iran condemns terror, violence and extremism under the pretext of defending religions and insults to religions in the name of defending freedom.

Iranian President Hassan Rouhani has condemned any act of violence perpetrated in Islam’s name, including the recent Paris shooting, as well as disrespecting religions under the pretext of freedom of speech.

“The Islamic Republic of Iran condemns terror, violence and extremism under the pretext of defending religions as well as insults, blasphemy and provoking the sentiments of followers of other religions in the name of defending freedom,” Rouhani said on Tuesday.

Pointing to the recent Paris shooting which left 12 people dead, Rouhani said “the Islamic Republic of Iran, in principle, condemns such violent acts and does not attribute them either to Muslims or to Islam.”

He said that Iran is the flag-bearer of fighting violence, extremism and terror both in word and in deed, and supports countries plagued with terrorism.

The Iranian president also denounced the depiction of Prophet Muhammad (PBUH) on the cover of the latest edition of the French satirical magazine, Charlie Hebdo.

He said the move was carried out in the name of supporting freedom, but in fact it provoked the sentiments of Muslims across the globe.

It is “regrettable” that the sacrilegious act was carried out in a country which claims to be an advocate of freedom, he said.

The Iranian president also warned that such measures will further fan the flames of extremism.

Rouhani’s remarks come nearly two weeks after an attack on the office of Charlie Hebdo, which left 12 people dead. Al-Qaeda affiliates claimed responsibility for the shooting.

Following the Paris shooting, the French magazine once again published a cartoon last week, depicting Prophet Muhammad (PBUH) on the cover of its new edition.