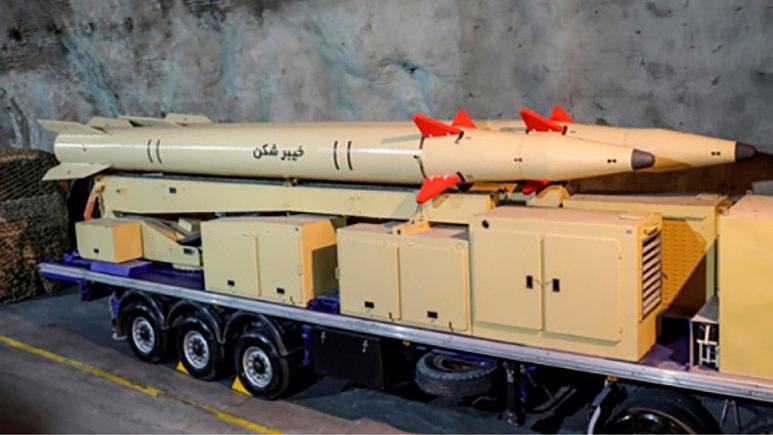 The Iranian government’s newspaper “Iran” has described the unveiling of Kheibar Shekan Missile by the armed forces as a display of national power as Vienna talks on the 2015 nuclear agreement reach final and complicated stages.

“[Military] field and diplomacy are advancing shoulder to shoulder and spare no legal and legitimate action to protect the rights of people, whether at the time the Zionists used empty warnings to threaten the Islamic Republic of Iran with military attack or during the current times when Americans are trying to impose meaningless deadlines to force Iran into giving up on [its demand] for full and effective removal of sanctions, under the pretext of time running out,” Iran Daily wrote.

The analysis said the missile adds to the show of power by Iran by the recent Great Prophet drills and simulation of an attack on Israel’s Dimona nuclear site.

Iran unveiled its new ballistic missile dubbed Kheibar Shekan on Wednesday. It is a solid-fueled missile with a range of 1450 kilometers. The Islamic Revolution Guards Corps (IRGC), which designed the missile, said it is capable of maneuvering before hitting the target to dodge missile defense shields.