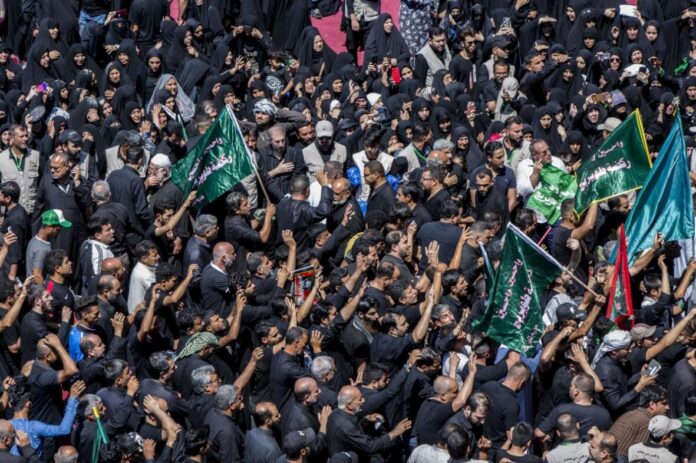 Iranian Foreign Ministry Spokesman Seyyed Abbas Mousavi has expressed deep regret over the tragic incident in the holy city of Karbala on Ashura, which killed and wounded tens of Shiite mourners.

In his Tuesday statement, Mousavi offered condolences to the Iraqi nation and government, and expressed the Islamic Republic’s sympathy with the families of the victims.
He also wished highest rewards for the martyrs and speedy recovery for the wounded.
At least 36 pilgrims were killed and over 100 more sustained injuries in a stampede during the Muslim religious rituals of Ashura in Karbala, the Iraqi Health Ministry says.
Ministry spokesman Saif al-Badr announced the news in a statement on Tuesday, saying the toll could rise further, as another 100 pilgrims were injured, including 10 in critical condition.
No Iranian pilgrim has been killed, but seven Iranians are among the wounded.
Ashura is the 10th day of the lunar month of Muharram and is the day when the third Shia Imam and the grandson of Prophet Muhammad (PBUH), Imam Hussein (PBUH), and 72 of his companions were martyred in Karbala, in southern Iraq, in 680 AD by the army of the Umayyad caliph, Yazid I.
Ashura, which is the culmination of a 10-day annual mourning period in Muharram, is also commemorated by Shia Muslims in many countries across the world, including prominently in Iran.